HomeForeign NewsWhat is the Great Exhibition and why did a Tory donor want...
Foreign News

What is the Great Exhibition and why did a Tory donor want another one? 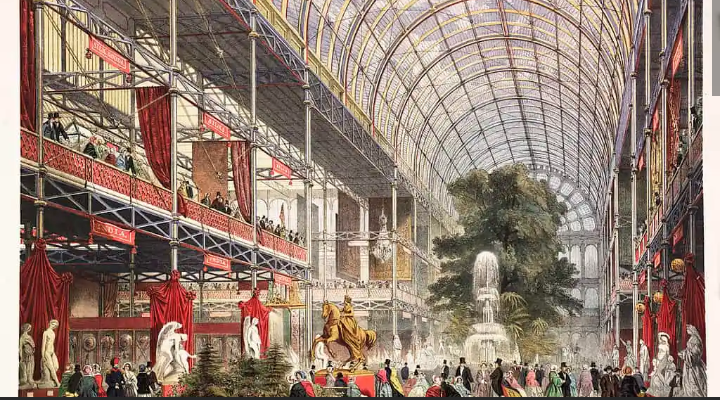 A coloured lithograph of the transept of the Crystal Palace in Hyde Park. Picture: Getty Images

Boris Johnson promised to look into the pet project of a Tory party donor who was paying for the Downing Street flat renovations.

The Great Exhibition of 1851 was Britain’s chance to show the world its technological innovation.

Boris Johnson is again facing questions after promising to advance the pet project of a Tory donor.

WhatsApp messages released on Thursday showed Johnson described the Downing Street flat as “a bit of a tip.”

He asked Lord Brownlow, a multimillion-pound former policeman turned businessman, to clear spending for its refurbishment.

Below News May Also Interest You To Read – Open On A “New Tab”:

How democracy was dismantled in Hong Kong in 2021

Omicron: US to lift travel restrictions from southern Africa

What was the Great Exhibition?

Britain’s first Great Exhibition in 1851 was organised by Prince Albert and held in London’s Hyde Park.

The five-month extravaganza was designed to showcase the best of the world’s innovation in the grand surrounds of Crystal Palace.

More than 100,000 items of the cutting-edge technology of the day — ranging from printing presses, to fire engines, to early bicycles — were on display.

Contributors from around the world brought with them the best products under the key themes of machinery, manufactures, fine arts, and raw materials.

As the host, Britain occupied half the display space inside the palace.

Crystal Palace was built for the Great Exhibition of 1851 in London.

What were some of the memorable inventions showcased at the Great Exhibition?

According to the British Library, the biggest exhibit was a massive hydraulic press that lifted the metal tubes of a bridge at Bangor. Each tube weighed 1,114 tons but the press was operated by just one man.

A steam hammer was also on display, which apparently with equal accuracy could forge the main bearing of a steamship or gently crack an egg.

Other exhibits included an adding machine, a defensive umbrella, and a sportsman’s knife made with 80 blades.

According to the library’s research, machinery was the main attraction.

A coloured lithograph of a model elephant with howdah in the Indian section of Crystal Palace.

There was a printing press that could churn out 5,000 copies of a newspaper per hour, a machine that folded envelopes, and another for making cigarette.

Another famous invention to come out of the Great Exhibition that we regularly use today is the flushing public toilet.

George Jennings, a Brighton plumber, installed his flushing toilets in Crystal Palace, a blog post on The Victorian said.

For a penny, participants received a clean seat, a towel, a comb and a shoe shine.

Moving machinery at the Great Exhibition.

What happened to Crystal Palace?

The Crystal Palace was moved to Sydenham in south London after the exhibition finished.

What happened to the plans for the Great Exhibition 2.0?

Lord Brownlow reportedly had a meeting with Culture Secretary Oliver Dowden about the plan after the text message exchange with the prime minister.

However, the government did not pursue the idea.

It will instead hold a series of events across the UK called “Unboxed.”