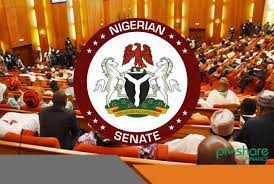 The Senate, Nigeria’s highest law-making body, did not only break its own rules, it repeatedly undermined the nation’s constitution, which requires it to “sit for a period of not less than 181 days in a year.”

In the whole of 2021, Nigerian senators held plenary sessions for just 66 days.

This could mean they held plenary for a little over two months. Or going by the legislative calendar of three days per week, one could say the lawmakers sat for about five months and six days.

The senators are currently on a four-week break to mark the end of the year and observe the Christmas and New Year celebrations.

The holiday, though important, is one of many that the Senate has embarked on in 2021. Between February 23, when the senators resumed for the year and December 22, when they closed, they went on break at least eight times.

The duration of these breaks ranged from one to eight weeks, depending on the reason for the holiday. The holidays were either to mourn a lawmaker that died, mark a celebration, attend to the needs of political parties or conduct oversight visits at committee levels.

Also within the year, the senators violated some of its Standing Rules by adjusting the number of days they sat in a week.

What the law says

According to Section 63 of the 1999 Constitution, as amended, lawmakers of both the Senate and the House of Representatives are to “sit for a period of not less than 181 days in a year.”

Similarly, Order 13(2) of the Senate Standing Rule states that “on Tuesdays, Wednesdays and Thursdays, the Senate shall meet at 10:00 a.m. and unless previously adjourned, shall sit until 2:00 p.m. unless before a substantive motion had been moved by the leader of the Senate or a Senator acting in that capacity ‘that this Senate do now adjourn’ and if such a motion be moved and if the question thereon has not previously been determined, at 2.00 p.m the President of the Senate shall adjourn the Senate without question being put.”

Numerous breaks and violations of the law

One major factor that contributed to the Senate’s poor record in 2021 is the fact that the lawmakers adjusted the days for plenary to two days per week (Tuesdays and Wednesdays) against their own rules.

Although the senators observed plenary sessions three times a week at the start of the year, that practice stopped towards the end of February.

At the close of plenary on Wednesday, February 24, the Senate President, Ahmad Lawan, announced that there would be no plenary the following day, Thursday.

“Some of our colleagues are on oversight functions…,” was the reason he gave.

He gave the same reason the following week. And subsequently, there was no excuse – plenary sessions became twice per week, save for a few other cases where the lawmakers sat on Thursdays to conduct important legislative duties like the passage of the Petroleum Industry Bill, the Electoral Act Amendment Bill and budget presentation from President Muhammadu Buhari.

The “emergency” plenaries on Thursdays usually preceded a break or holiday.

Another factor that contributed to the Senate’s poor report was the recurring holidays and breaks.

At the start of the year, the resumption date was postponed from January 23 to February 9. This, the Clerk to the National Assembly, said was to enable members of the All Progressives Congress (APC) to participate in the registration and revalidation of its membership.

Upon resumption on February 9, the senators adjourned to mourn the death of a member of the House of Representatives, Ossy Prestige.

A similar break was taken on April 13 to mourn the death of two other Rep members, Suleiman Lere and Haruna Maitala. However, prior to that break, the lawmakers took two weeks off between March 24 and April 13, to observe the Easter holiday.

After sitting for eight days between April 14 and May 6, it was time for another break. The next two-week recess would be to celebrate Eid-el-Fitr, an Islamic celebration observed at the end of the month-long fast. The break lasted till May 18.

Two plenary sessions later, the Senate adjourned for a week – to hold public hearings on the Constitutional Amendment.

When they resumed on June 1, they held plenary for four days and proceeded on another two-week break to mark the ninth assembly’s anniversary and the mid-term break.

By the middle of the year, the Senate had observed at least five breaks.

The next resumption date was June 22 and legislative activities continued for about 10 days and then it was time for the annual recess. This holiday, nine weeks long, ran from July 25 to September 14.

About a month later, the senators passed the 2022 budget and suspended plenary sessions for three weeks, but this time, it was to allow for budget defence sessions.

Plenary resumed at the upper chamber on November 9 and the break that followed on December 22, is the Christmas holiday.

Besides adjusting their plenary days to twice a week and failing to meet the 181 days stipulated by the Constitution, the senators have also adopted the habit of lateness and lack of decorum. Thus, violating Orders 13 and Order 56 (2) and (3) which says “during a sitting, all Senators shall enter and leave the Senate with decorum” and that “every Senator when he or she comes to the chamber, shall take his or her seat and shall not at any time stand in any of the passage or gangways” – a rule the lawmakers are always reminded of.

While Order 13 demands that lawmakers commence plenary at 10:00 a.m., not one day has the ninth Senate adhered to this rule – a habit which dates back to past assemblies.

PREMIUM TIMES had, in 2017, reported how the eight Senate took lateness and lack of decorum in the chamber as a norm. Nothing has changed in the ninth Senate.

In a mid-term assessment of the ninth Senate, this newspaper mentioned these habits as some of the failures of the Senate. But in a bid to defend the lawmakers, Mr Lawan’s media office had stated that the senators sometimes extend plenary time past 2:00 p.m. to cover more items for the day.

While this is true, the ratio remains unmatched. The senators commence plenary sessions at least 30 or 45 minutes late every legislative day and have only extended time past 2:00 p.m. a few times.

The nonchalant attitude towards the rules for time and days for plenary sessions is not peculiar to the Senate alone. Their counterparts at the House are guilty of breaking similar rules as well.

As of April, the House had sat for only 14 times, this paper reported. The record, at the time, was less than half of the minimum of 36 sessions – if one were to count the Tuesdays, Wednesdays and Thursdays in January, February and March according to the provision of the standing rules of the House.

Sometime in April, the House took off an entire week to mourn some of its colleagues. This was against the one day provided for in the standing rules.

When confronted with the issue of embarking on numerous breaks while major legislations were delayed, the Speaker of the House, Femi Gbajabiamila, had said the lawmakers’ decision to go on these breaks is normal.

“To paint a clearer picture, we are only doing what is in keeping with what has been done when I got to the House. The assembly can reconvene “when there is a matter of urgency,” he said.

Who checks the National Assembly?

For an institution that makes its own rules, the least to be expected is that it obeys the rules.

Nigeria’s lawmakers seem very unbothered by the violation of these rules which could largely be due to the fact there are hardly any stipulated sanctions for breaking these rules.

Auwal Musa, Executive Director of Civil Society Legislative Advocacy Centre (CISLAC), says apart from the unpreparedness of the leadership of the National Assembly to provide quality leadership, Nigerians are being short-changed by the failure of the lawmakers to fulfil their number of sitting days.

“They are actually breaking the laws, including the laws they made for themselves. This is not just impunity but also a question of not taking their job seriously. It is poor management of the National Assembly.

Normally, to address any ‘crisis’ within the chamber, the Senate will set up an ad hoc committee to probe such matter – as was the case of Ali Ndume in the eight Senate, Deputy Senate President, Ovie Omo-Agege and the mace theft saga and more recently, the Adamawa senator, Elisha Abbo, who was caught on camera, assaulting lady.

Recourse can be made to the Senate Committee on Legislative Compliance.

Although the committee’s primary duty would be to check the excesses of Ministries, Departments and Agencies as well as ensure that resolutions made at plenary are implemented, it is also expected that the panel help to keep the lawmakers in check – with regards to obeying their own rules.

It is, however, difficult to place such responsibility on the panel, seeing that the leadership and members of the committee are part of the Senate that flouts its own rules.

Efforts to get the reaction of the chairman of the committee, Adeyemi Oriolowo, was not successful as he did not take or return calls placed to him. His deputy, Sabi Abdullahi, could not be reached as well.

In the same vein, the Senate spokesperson, Ajibola Basiru, did not respond to phone calls made to him.

In the past, Mr Abdullahi, who was the eighth Senate’s spokesperson, had said the Senate has absolute power to interpret its laws and determine its activities.