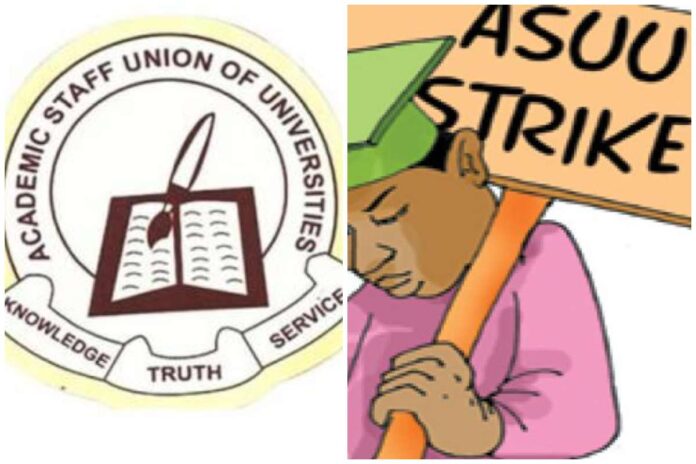 The Academic Staff Union of Universities strike has already lasted six months. Due to the opposing parties’ rigid stance, it appears that the matters in dispute cannot currently be resolved.
It is crucial to acknowledge that education is a liberating right, to begin with. It serves as both the means and how other human rights can be realized. It is a means of enabling people and communities to fully participate in economic, political, and social life as well as the liberation of the impoverished, vulnerable, and marginalized. The progress of civilization depends on the ability to acquire knowledge, practical skills, technical skills, and problem-solving abilities. It serves as the pivot around which value addition and technology advancements are centered. Education is crucial for democratic consolidation in the contemporary societal environment of democratization because it empowers people to participate in the democratic process as voters by making the proper decisions as free agents and avoiding deception.
The funding of public universities is a major focal point of the ASUU strike. Both the federal and state governments assert that there is a problem with resource scarcity since there are just not enough resources to address all of the country’s problems, including those in the fields of health, housing, security, and other infrastructure. The authorities even assert that they might need to borrow to satisfy ASUU’s demands. That’s accurate. This is happening at a time when Nigeria is bankrupt and insolvent, and if it were a private sector organization, it would have been scheduled for liquidation. This begs the question: Are ASUU’s demands excessive or unreasonable? They have very legitimate demands.
First off, many Nigerians, especially parents and students, believe that the union, ASUU, is only on strike because of concerns over salary increases. The majority, including critics on social media, radio, and television, seem to think that the six-month strike is solely about the pay of these university lecturers, which is pretty absurd.
This viewpoint clearly shows that ASUU has to make the text of the contentious agreement with the Federal Government as widely known as possible. I have seen that few Nigerians have been able to comprehend the specifics of the ASUU/FG Agreement, which the administration has repeatedly disregarded.
ASUU has to come to educate and elucidate its demands accordingly so the Students and general public can understand better. If not, these hypocritical politicians will continue to make fun of the true problems with the deal, which are best for our colleges, by capitalizing on the ignorance of these Nigerians.