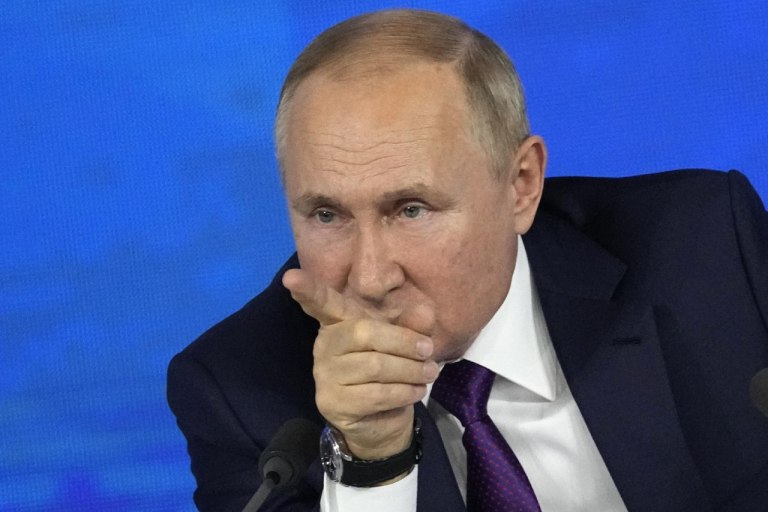 President of Russia, Vladimir Putin said his decision to attack the neighbouring country, Ukraine was born out of necessity.

“What’s happening is by necessity. They could have created such risks for us that it was not clear how Russia could have continued to exits, Russia President says at the meeting of Russian Oligarchs on Thursday as transcribed by Max Seddon of the Financial Times.

As the crisis escalates, Putin emphasises what he calls “Russia’s security concerns”, which includes the establishment of NATO bases in Russia’s former territories.

The United States has since said that the decision to join NATO resets on the alliance and the prospective countries dismissing Russia’s concerns.

Russia President ordered a larger contingent of military assets into Ukraine, all but confirming initial fears that he was aiming to occupy Ukraine rather than preserve the interest of Russian speaking territories.

The United States and other NATO allies have continued to mount pressure on Putin to back off his invasion.

However, Mr Putin vowed not to back down his move, whic China had slammed as reminiscent of the Cold War, telling the oligarchs during today’s meeting to see Russia’s existence as a priority.