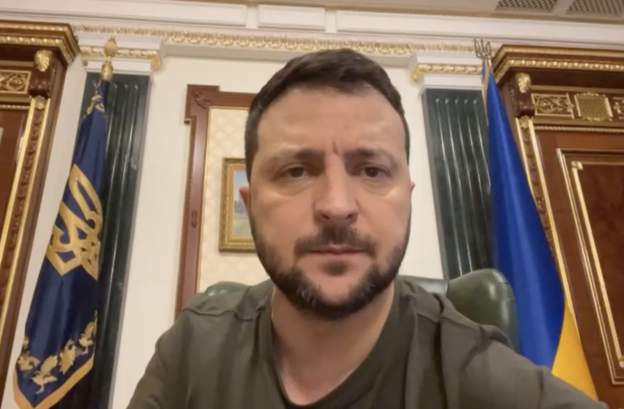 Zelensky also thanked the other 27 foreign diplomatic missions currently operating in the capital, saying it is “an extremely important gesture of support for Ukraine”.

“Such gestures, together with strong defensive, financial and political support from the free world, mean that the need to end the war is becoming more and more obvious to Russia,” he said.

“The defeat of the occupiers is unalterable.”

He added that Russians in the occupied city of Kherson are preparing to transition the local monetary system there to Russian roubles and also praised a Ukrainian journalist who died when a missile struck her building on Thursday.

Zelensky also thanked the US Congress for passing a bill that allows the American president to lend or lease military equipment to Ukraine.

Ukraine Democracy Defense Lend-Lease Act of 2022 is named after the World War II programme that saw the US send weapons to the UK and allied nations. The legislation overwhelmingly passed Congress this month, and is now awaiting President’s Biden’s signature.