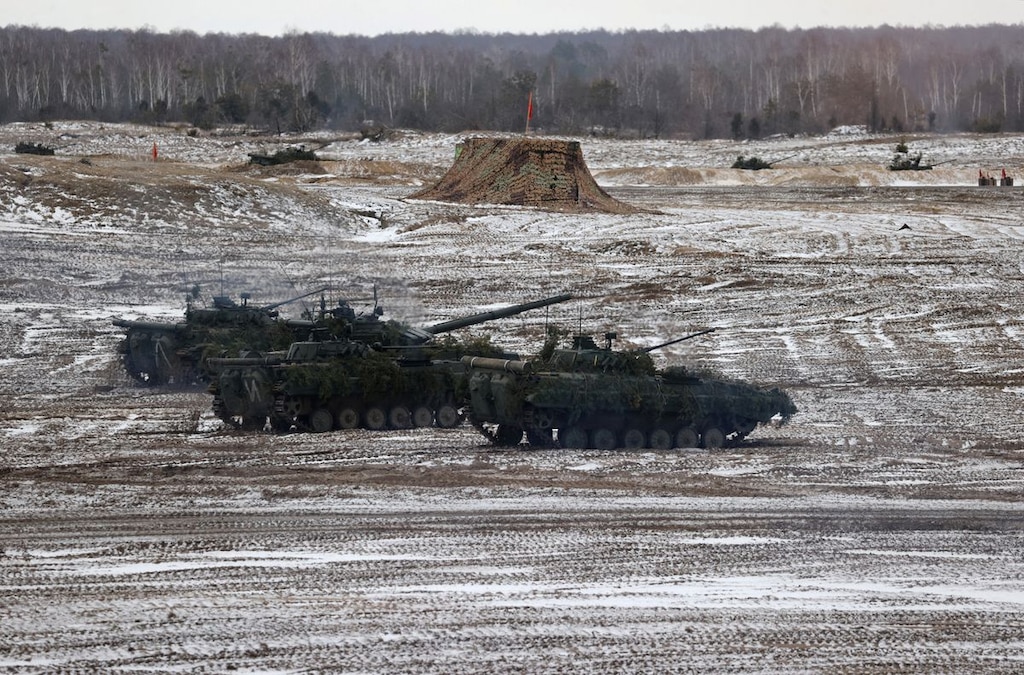 Russia has in place about 70% of the combat power it believes it would need for a full-scale invasion of Ukraine and is sending more battalion tactical groups to the border with its neighbor, two U.S. officials said on Saturday.

In the last two weeks, the number of battalion tactical groups in the border region has risen to 83 from 60 as of Friday and 14 more are in transit, the officials told Reuters on condition of anonymity due to the sensitivity of the information.

As to the timing of an invasion, the ground is expected to reach peak freeze around Feb. 15, the officials said, allowing for off-road mechanized transit by Russian military units. Such conditions would continue until the end of March.

That timeline and the growing number and capability of Russian forces close to Ukraine could suggest the window for diplomacy is shutting.

The U.S. officials did not provide evidence to back up their estimates of Russia’s forces.

As Russia masses more than 100,000 troops near the border, it has said it is not planning an invasion but could take unspecified military action if its security demands are not met. Those include a promise that NATO will never admit Ukraine, a demand Washington and NATO have said is unacceptable.

Washington believes Russia may choose other options than a full-scale invasion, including a limited incursion, and does not believe President Vladimir Putin had made a final decision, the officials said.

But they said Putin is putting in place a force that can execute all scenarios.

If Russia were to invade the capital of Kyiv, it could fall within a couple of days, the U.S. officials said.

A full-scale invasion would cause major casualties, one of the officials said.

A full invasion would also prompt the flight of millions of refugees and internally displaced persons in Europe, Washington believes.