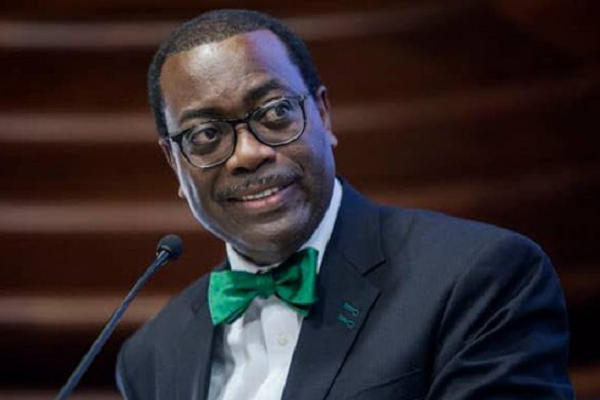 The President of the African Development Bank, Dr Akiwumi Adesina, has revealed that the bank has developed a $1.5bn Africa Emergency Food Plan, which is now before its Board for approval.

This, he said, is meant to cushion the effect of the Russia-Ukraine Conflict on Africa’s food security.

According to a statement signed on Tuesday by the Special Adviser to the President on Media and Publicity, Femi Adesina, Dr Adesina was at the State House to brief the President, Major General Muhammadu Buhari (retd.), on the impact of the ongoing conflict on Africa and the steps being taken by the bank to avert a food crisis in Africa.

The statement is titled, ‘Food Security: President Buhari lauds AfDB for being proactive’.

In his briefing earlier, Dr Adesina noted that the Russia-Ukraine war would create global problems, particularly for Africa, which imports a huge percentage of its food from the two countries.

He, therefore, enumerated the AfDB’s efforts to mitigate the effects.

“Already, the price of wheat has gone up about 60 per cent. Maize and other grains will also be affected. There may be a fertilizer crisis, as there would be about a 2 million metric tons deficit.

“And that will affect food production by about 20 per cent. Africa will lose $11bn worth of food, and coming shortly after COVID-19, that would be rather serious,” the AfDB President disclosed.

To prepare against the evil day, Dr Adesina said the AfDB has developed a $1.5bn Africa Emergency Food Plan, which is now before the bank’s Board for approval.

He added: “We were not ready for COVID-19, but we are now planning to avert a food crisis on the continent. There is a plan to help farmers cultivate wheat, maize, rice, sorghum, and soybeans. It will mitigate the impact of the Russia-Ukraine war.”

“In total, our support will help Nigeria to produce 9.5 million metric tons of food,” he noted.

States that will benefit from the assistance include Kano, Ogun, Oyo, Kaduna, Imo, Cross River, and the Federal Capital Territory.

Dr Adesina assured the President of AfDB’s support to ensure Nigeria does not experience the full impact of the food crisis.