HomeBusinessThe Cultivation of Cocoyam and its Economic and health benefits
Business 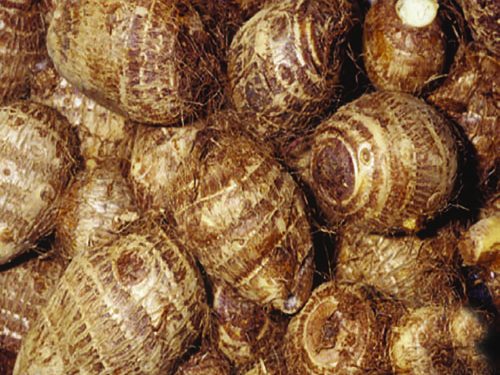 One food crop that was popular in the country in the late 60s and early 70s, especially among small scale/subsistence farmers, but now almost going extinct, no thanks to the “so-called advanced lifestyle”, is cocoyam. This tuber crop, also popular in most tropical regions of the world, suffered a decline both in production and consumption owing to low awareness of its tremendous health benefits and economic potential. The crop is, however, currently receiving a rebirth as researchers have shown the huge advantages derived from cultivating and eating it. Thus, the story of cocoyam, which used to be cultivated for personal consumption mainly, has changed as knowledge keeps increasing about its health benefits. It is presently no longer being seen as a “poor man’s crop”, but rather as a “crop with promising economic value.”

In Nigeria, cocoyam is mostly popular among the Southeasterners and is eaten in various forms. It is boiled and eaten with red oil; made into a paste and cooked as expand nkwukwor, used as a thickener in soups such as a bitter leaf,  oha, and several other dishes. Cocoyam leaf is also used as a vegetable in soups.

Boiled cocoyam corms and cormels can be peeled, cut up, dried and stored or milled into flour, which can be used for soups, biscuits, bread and puddings for beverages. The peels can also be fed to ruminants.

Following research discoveries, cocoyam is becoming a staple food resulting in increased demand for the crop. There is, therefore, great potential for cocoyam farmers as meeting the huge supply deficit has become necessary.

This tuber crop has properties that prevent, fight and cure many diseases. It contains a good amount of thiamine, copper, manganese, niacin, calcium, and vitamins B6, A, E and C. Other nutrients include zinc, potassium, phosphorus, magnesium, iron, riboflavin, and protein.

1. Cancer prevention: High levels of vitamin A, C, and various other phenolic antioxidants found in cocoyam help to boost the immune system and eliminate dangerous free radicals from the system.

2. Good for treating arthritis: Cocoyam is extremely beneficial for overcoming rheumatoid arthritis owing to its vitamin B6 content. It helps to curb pain and it can be useful in supplement form for controlling aches in the muscles and joints owing to arthritis.

3. Blood pressure/heart health: Cocoyam consists of a considerable amount of potassium, which enables healthy fluid transfers between membranes and tissues throughout the body, and also helps to relieve stress and pressure on blood vessels and arteries.

4. Immune system health: Cocoyam plays an important role in the immune system. Its Vitamin C content helps the immune system to create white blood cells, which help to defend the body from foreign pathogens and agents. Vitamin C also acts as an antioxidant, which prevents the development of conditions such as heart disease and cancer.

5. Digestive health: Cocoyam plays an important role in digestion because it consists of a high level of dietary fibre and is very important for supporting gastrointestinal health.

7. Boosts vision: Cocoyam is loaded with several antioxidants, like beta-carotene and cryptoxanthin, which can also help to improve vision by preventing free radicals from attacking ocular cells and causing macular degeneration or cataracts.

The Process of Cultivation

Clear the bush, burn the thrashes if it is virgin land. If it is a ploughable land, plough twice at 15 days interval. Heaps or ridges can be made at 1m x 1m apart.

Immediately the rain is steady in the area suitable for its cultivation. In Nigeria, planting dates for cocoyam vary from March/April to April/May.

There are two main varieties, white and pink varieties.

Plant on the crest of the heaps or ridges at 1m apart on a row. A whole cormel or cut sett from corms is planted at about 15-20cm deep. The sett or corm should not be too big or too small. The cut surface of the sett should face upwards in a slanting position. A whole corm or cormel can be cut into setts for planting. About 10,000 corms can be planted per hectare.

The fungus attacks the cocoyam plant, leaves turn yellow prematurely and the entire plant wilts and damping-off of the seedlings may also result. In a severe attack, uproot the affected plant, and bury or burn it.

White ants: White ants cause damage to the tubers at any stage of development or even in storage. Other pests include rodents that eat the corms and cormels on the field.

Most cocoyam varieties mature in about eight months from planting. Harvesting is done by shaking up the plant and uprooting it and bringing out the cormels while those cormels that remain in the soil are dugout. Cocoyam should not be bruised for proper storage.

The cocoyam is cleaned but not washed. They may be arranged on raised platforms where they may remain in good condition for up to three-four months. They can also be stored in a shady place in the field, huts or barns, or pits. Other storage techniques include packing on spots and dusting with wood ash, or leaving on heaps/ridges unharvested for two to three months but sprouting should not be allowed.