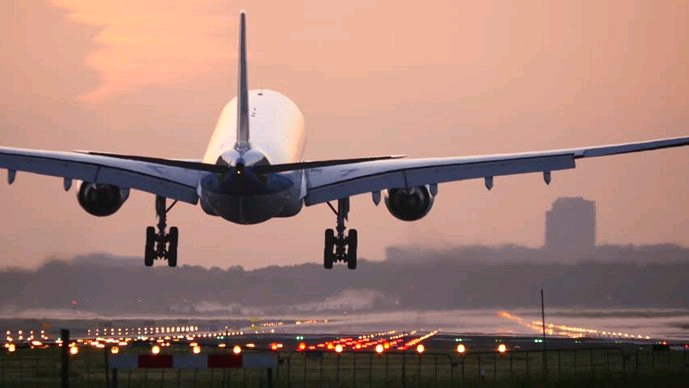 The Airline Operators of Nigeria on Saturday evening insisted that domestic flight operations would be suspended on Monday as it earlier announced on Friday despite the Federal Government’s plea and the decision by Ibom Air not to partake in the flight services withdrawal.

Ibom Air’s management announced on Saturday that the airline would not join in the proposed halt of domestic flight operations on Monday despite the exorbitant and unsustainable cost of aviation fuel.

Although the Chief Executive Officer of Ibom Air, Capt. Mfon Udom, was a signatory to the letter that announced the decision of AON to suspend operations from Monday, the airline’s management said on Saturday that the carrier had financial obligations to suppliers, financiers and staff, as these were dependent on uninterrupted flow of revenue through service.

Despite Ibom Air’s decision, however, an AON official, Ewos Iroro, told our correspondent that the group’s position as communicated in its letter to the government was still in place.

AON’s action is in protest against the hike in the price of aviation fuel, popularly called JetA1, from N190 per litre to N700 per litre.

“The position of AON has not changed and this was what we communicated in our notice on Friday,” Iroro stated.

Meanwhile, Ibom Air further explained in a statement issued on Saturday that having been paid by customers in advance for flight bookings, it was bound by contract to deliver the services already paid for in order to avoid exposing the airline to the risk of avoidable litigation.

It said, “Ibom Air acknowledges the existential threat that these runaway fuel price increases pose for the air transport industry in Nigeria. We agree that this out-of-control situation is simply unsustainable.

“However, every airline has its unique business model and pressures. We believe that in spite of the escalating fuel prices, airlines volunteering to stop operations would rather exacerbate an already bad situation.

“Ibom Air has financial obligations to suppliers, financiers and staff, which depend on an uninterrupted flow of revenue to service.”

It added, “More importantly is the fact that having been paid by customers in advance for flight bookings, we are bound by contract to deliver the services already paid for, to avoid exposing the airline to the risk of avoidable litigation.”

The statement stated that apart from the above factors, Ibom Air was currently the only airline serving Akwa Ibom State directly, and as such any voluntary stoppage of operations would completely cut off access by air into and out of the state.

Meanwhile, passengers who had already booked scheduled flights from Monday are currently in a panic mood following the declaration by domestic airlines to suspend operations on Monday.

Also, the Federal Government on Saturday appealed to domestic airlines to consider the multiplier effect of the proposed halt in their operations, stressing that efforts were ongoing to address the concerns they raised.

A passenger, Adelyne John, who already booked a flight, told our correspondent, “I booked a return ticket and I’m meant to join Air Peace back to Abuja on Monday, does the declaration by AON mean that I can’t return to my base by air on Monday?”

Another passenger, who simply identified himself as Saheed, said, “Something has to be done. That announcement has created panic among my colleagues and me because we have already booked our flights to Lagos from Abuja for Tuesday.”

In his reaction to the development, the Minister of Aviation, Hadi Sirika, in a statement by his Special Assistant on Public Affairs, James Odaudu, said, “While the efforts to assuage the situation are on, we wish to appeal to the airline operators, even in the difficult situation, to consider the multiplier effect of shutting down operations on Nigerians and global travellers, in taking their business-informed decisions and actions.”