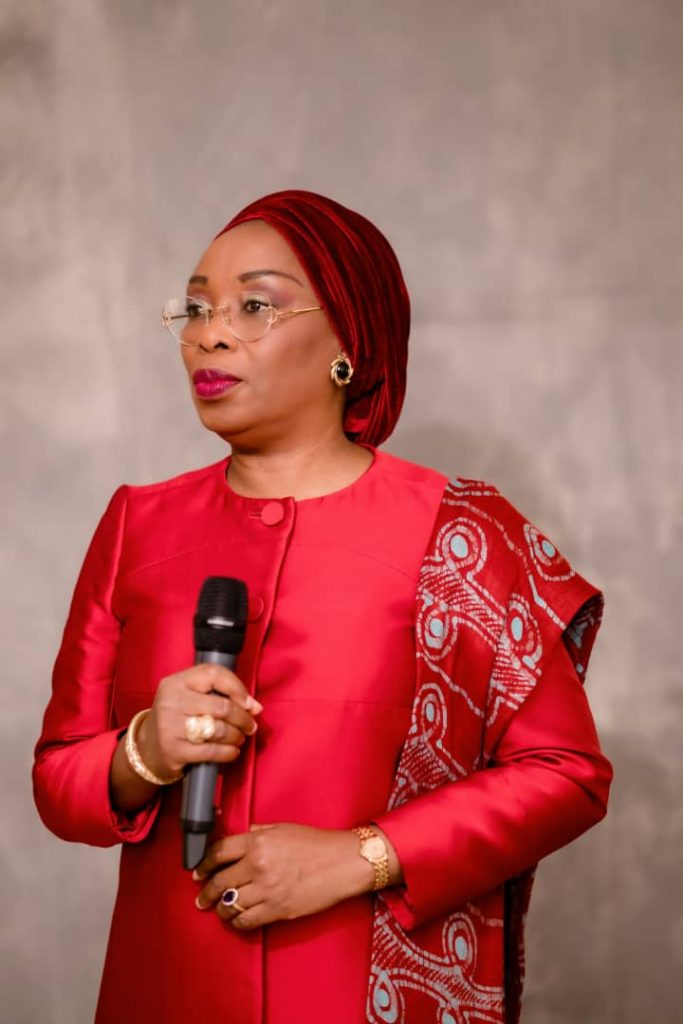 Our attention has been drawn to a statement making rounds in the media moments ago and credited to sportscaster Modele Sarafa that she was “harassed” at a meeting of Stakeholders convened by our party the All Progressives Party (APC) in Abeokuta today and she “had to leave on the advice of her security people.”

I say with all honesty and authority at my disposal that Modele-Sarafa is a rabble- rousing gate crasher to a meeting of party elders and leaders, a State Caucus meeting, where she was not qualified to attend and was not invited.

How will she be taken serious if her invitation to such a high level meeting was based on, according to her, “information shared on the social media” and for which an invite was not addressed to her directly?

Being an aspirant does not and cannot confer leadership on any party member to no matter how bloated such aspirant’s ego is, but o the extent of attending a State Caucus meeting. For such leaders’ meeting, proper accreditation always come before commencement of proceedings. Many other people were excused from today’s meeting, including former House of Assembly members and serving Special Advisers. Some of Ven left voluntarily the moment it was openly announced that there would be accreditation. This is not the first time we were having stakeholders meeting, which is usually attended by present and former governors, present and former deputy governors, current house of assembly members, past and present National Assembly members, current council chairmen, members of State Working Committee of the party (which means not even all members of state exco are allowed to attend), Local Government Party Chairmen, members of the Governor’s Elders Advisory Council, who are seventy years old and above and State Commissioners.

Where does Modele Sarafa falls into in the categories stated above? No where! She was a former Special Adviser to the governor, an absentee one for that matter; she never attended such meetings, even serving special advisers are not admitted into such meetings. When does an aspiration for an office, even the one that is not moribund, confers leadership and serves as ticket to all meetings? It is as bad as saying all presidential aspirants are automatically qualified to attend the National Caucus meeting of a political party. Of course aspirant Modele banked on layman/woman literary meaning of “stakeholder” due to her political nativity and arrogant disposition that she couldn’t decipher it was a State Caucus meeting of our great party.

Her allegation of destruction of her signages was not only baseless, but also a cheap sympathy-seeking method of a destined loser. As, I write this, her poorly produced midget bill boards and other amateur signages are displayed in different parts of the state capital (your correspondent can confirm it).

If the increasing blackmail, desperation and false allegations were what Modele meant when she said her campaign will be unusual, as we have since discovered, then, it is very unfortunate, to say the least.