You Have My Support… — Ladoja Endorses K.K Raji’s Senatorial Bid In Oyo Central 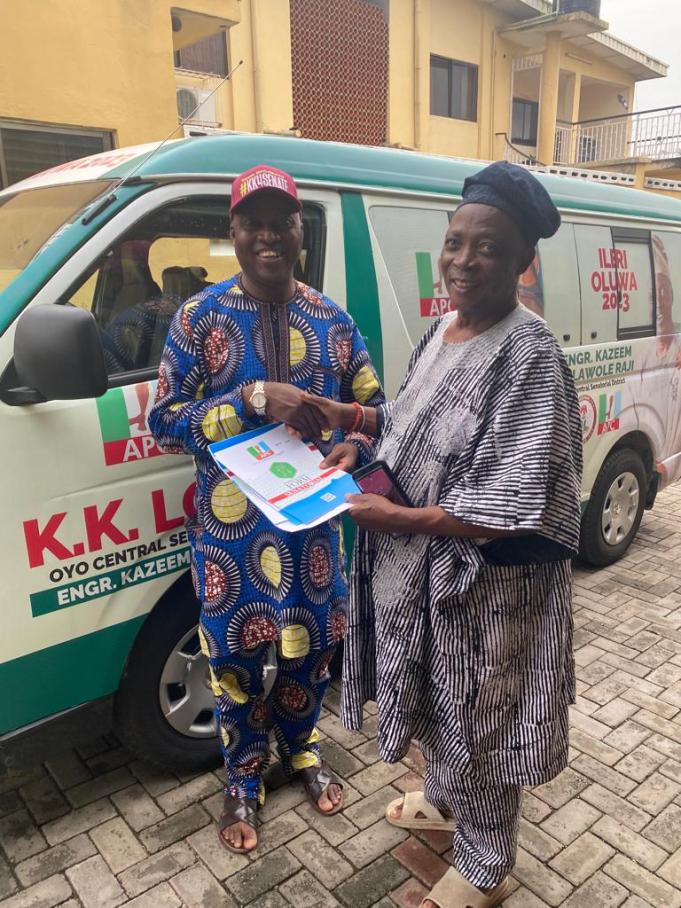 A statement by K.K Raji’s media office quoted Ladoja, Wolu Oosa has making the statement when the senatorial aspirant took his All Progressives Congress, APC’s Expression of interest and Nomination forms and Campaign Buses to him for blessings.

K.K Raji, who hails from Morolasa Ruling House of Alapinni Chieftaincy, Oyo in Oyo East local government, is a political son of Ladoja, the Ibadan High Chief, the last man standing, the gatekeeper and the Garrison Commander of Oyo State politics.

“You have my support. In fact, you are my only candidate in that senatorial district. You have been a loyal, dependable and trustworthy son right from Social Democratic Party (SDP) and UNCP days, This is pay back period and your loyalty will be rewarded. So, I will support you,” Ladoja was quoted as saying.

Speaking earlier, K.K Raji reiterated that his interest in representing the people of Oyo Central was primarily driven by the need to provide quality representation.

“Without being immodest, I make bold to say I have first-hand knowledge of what the people of the senatorial district want. Apart from the fact that I have traversed many of the communities in these 11 local government areas, I have gone round there during consultations.

“If I am elected, I will address key issues affecting the nation and facilitate infrastructural projects that would make life easier and better for my constituents and downtrodden through disruptive innovation.

“This is God’s own project,” he added.