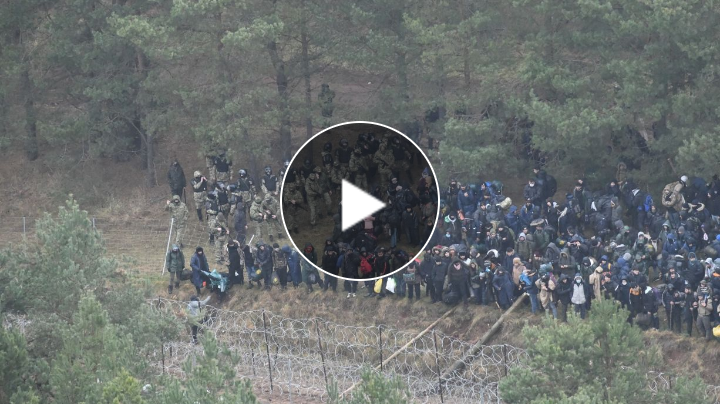 The press is currently barred from the border area under the requirements of a state of emergency that has been in force since September.

Deputy Interior Minister Maciej Wąsik said on Friday the current emergency laws would remain in place, but amendments could lift some restrictions on journalists and allow them to work in the border area.

On Saturday, Interior Minister Mariusz Kamiński specified that journalists from media that operate nationwide would be allowed to stay in the border area on terms specified by the Border Guard.“

The draft on the border zone includes the right to carry out one’s profession and to provide information by journalists,” Mr Kamiński told private radio broadcaster RMF FM.“

We will be flexible, we will be reasonable. All editorial offices that operate nationwide will be able to take advantage of this opportunity,” he added.

According to Mr Kamiński, the crisis on the Polish-Belarusian border “is a matter of many months.”

“We have to take the perspective that we will not solve this crisis overnight. We have to react to what is happening in various ways – by building a border wall, but also through statutory provisions adequate to the situation,” he said.

He also announced that the Sejm, lower house, is due to discuss the draft amendment at its next sitting which starts on Tuesday