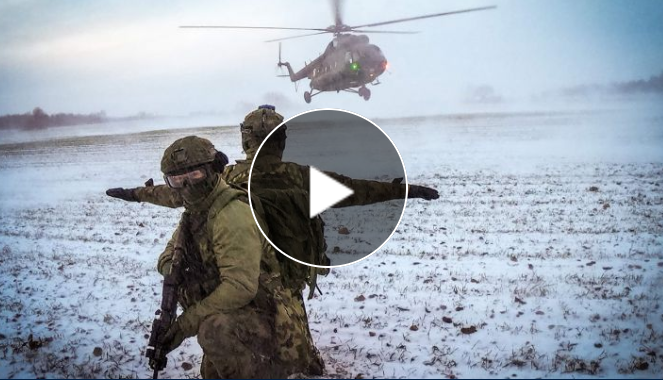 The superiors of a Polish soldier, who has reportedly deserted to Belarus and claimed asylum, have been dismissed from their positions by a decision of the Defence Minister Mariusz Błaszczak, the Defence Ministry reported on Friday.

“After receiving the report from Division General K. Radomski, the commander of the 16th Division, Minister Błaszczak decided to dismiss the commanders of the soldier, who went to Belarus. The sub-unit commander, platoon commander and commander of the 2nd squadron in Węgorzewo were dismissed,” the Defence Ministry announced on social media.

Earlier, Mariusz Błaszczak stated on Twitter that “the soldier who disappeared yesterday had serious legal problems and had submitted his resignation from the army. He should never have been sent to serve on the border. I have requested clarifications to find who is responsible.”

Media reported on Friday that a Polish soldier had abandoned his post on the Belarusian border, where Poland is tackling a migration crisis, and escaped to Belarus.

The information emerged after Belarusian border authorities announced that a Polish soldier had applied for asylum there. They named the man as Emil Czeczko and said he had been detained by a Belarusian patrol on Thursday afternoon. He reportedly expressed opposition to Poland’s policy in managing the migration crisis.

“Propaganda based on the accounts and position of a soldier who left his place of service and fled to the enemy’s side have no credibility. The legal situation of the fugitive makes him a hostage of the Belarusian services – he fled to the aggressor at a time when this aggressor is attacking his homeland,” the spokesperson of the Minister-Special Services Coordinator, Stanisław Żaryn said in an interview with the Polish Press Agency.

He added that the fugitive “must lie, he must cooperate with the Lukashenka regime to escape responsibility for desertion.”

The spokesman concluded his interview by emphasising that “every day, brutally repressed journalists and bloggers, every day find out which regime is repressing with all its might.”