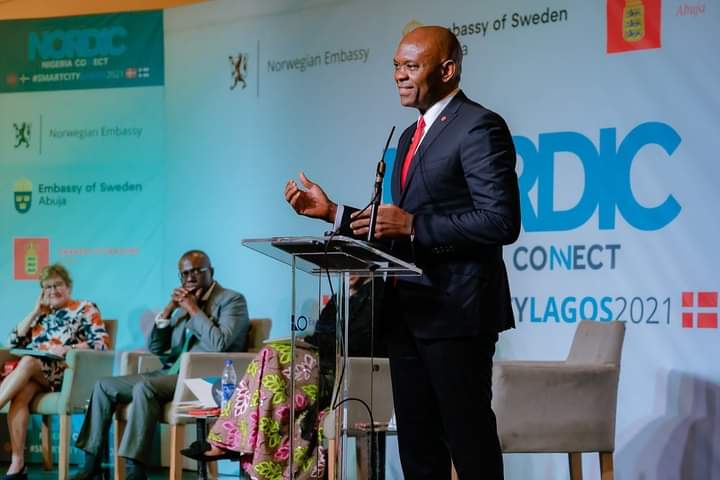 The chairman of heirs holdings, the United Bank for Africa, Transcorp and also the founder of Tony Elumelu foundation has hinted that Africa continent is becoming an increasingly important actor in global development due to its social and economic development.

Tony Onyemaechi Elumelu, an economist, entrepreneur and philanthropist made this known in the just concluded Nordic-Nigeria connect 2021.

Tony Elumelu said globalization is bringing african countries and Nordic region closer together and Norwegian business investment in Africa economic development opportunities, while trade and tourism are also on the rise.

Tony Elumelu spotlighted areas where both parties can prosper together and accelerate Africa’s economy by trade, entrepreneurship collaborations and engagement through the African Continental Free Trade Agreement.

READ ALSO: Hembe Inaugurates Coordinators In Sankera, Charges Them To Be A Good APC Ambassadors, Work For The Actualization Of 2023 Mandate.

He noted that United Bank For Africa will continue to be at the forefront of facilitating trade and business relationship across Africa in promising sectors, where Nordic investments and African markets can sustainably prosper together.

“UBA is connecting people and businesses across Africa, so Nordic investments will be sustainable in Africa”, Tony Elumelu added.