HomePoliticsHembe Inaugurates Coordinators In Sankera, Charges Them To Be A Good APC...
Politics

Hembe Inaugurates Coordinators In Sankera, Charges Them To Be A Good APC Ambassadors, Work For The Actualization Of 2023 Mandate. 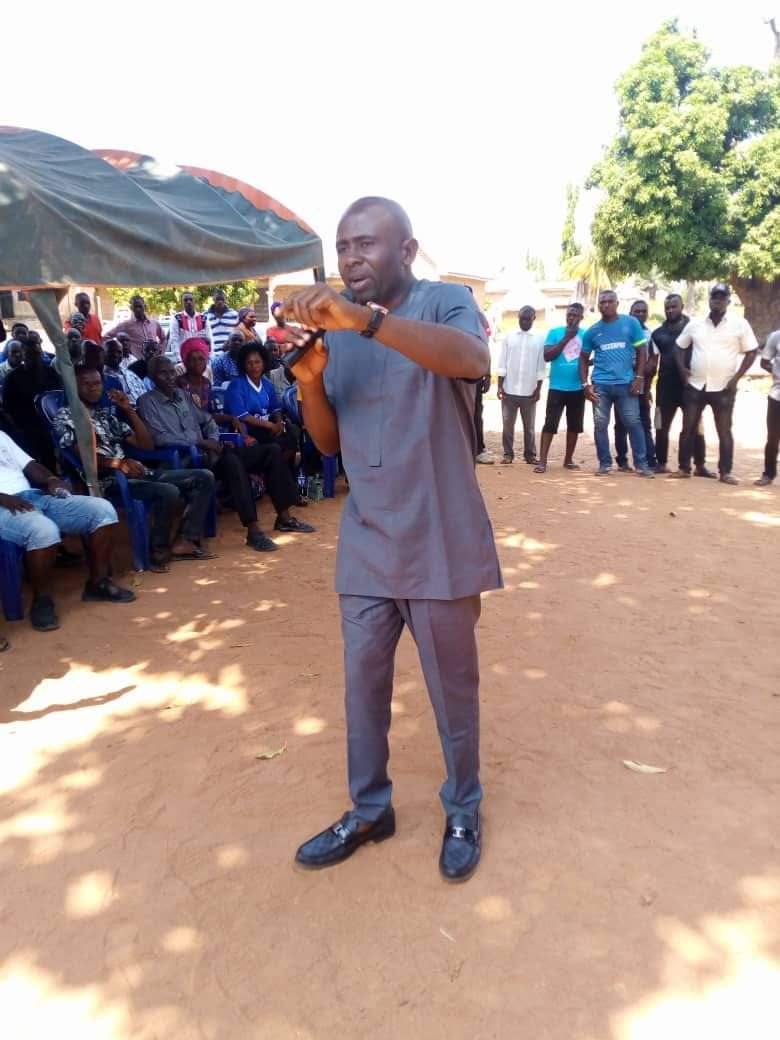 Speaking at the inauguration of his coordinators in Sankera comprising Logo, Ukum and Katsina-Ala local government councils, Hembe charged the people to work in synergy in order to get it right this time around.

“There is no better time to be a party member than now. The proposed direct primary elections will give power to the masses and this will avail them more opportunity to actively participate in the affairs of the communities they represent”. Hembe said.

He made this call during the inauguration of his coordinators in Ugba, Zaki-Biam and Katsina Ala while on consultation tour of Benue State in the Sankera axis to seek and appeal to the consciences of the Benue People to queue behind him in the 2023 general elections, but not first making him the flag bearer of our great party, the APC even as the law for direct primaries has been passed into law awaiting the president’s assent.

The people in their separate but unanimous responses pledged their loyalty first to the party and to the project on hand, the 3H23 project.

“And of course, Rt Hon Herman Hembe is running on his records and by this, we will vote for him overwhelmingly. He is not new to us, he has proven himself time and over again based on the quality representation he has given to the people of Konshisha/Vandeikya federal constituency. I think he needs no introduction and all of you here will attest to this”, one of the speakers stressed.

“Apart from Aper Aku, the only person that can deliver the dividends of democracy to the Benue people is Hon Herman Hembe. A vote for him is a vote for democracy to triuph. I therefore, urge all of you to join me in this personal project for the actualization of this Noble project- Kwen clement.State Auditor of the APC.

“Those who do well in the little things entrusted to them will do even bigger things on a bigger stage. Hembe has proven himself with the quality of work he is doing for Jechira which is an indication that when given the mandate to rule Benue, more progress and development will be witnessed”, Hon. John Apanki- asst organizing secretary, APC Benue State Chapter.