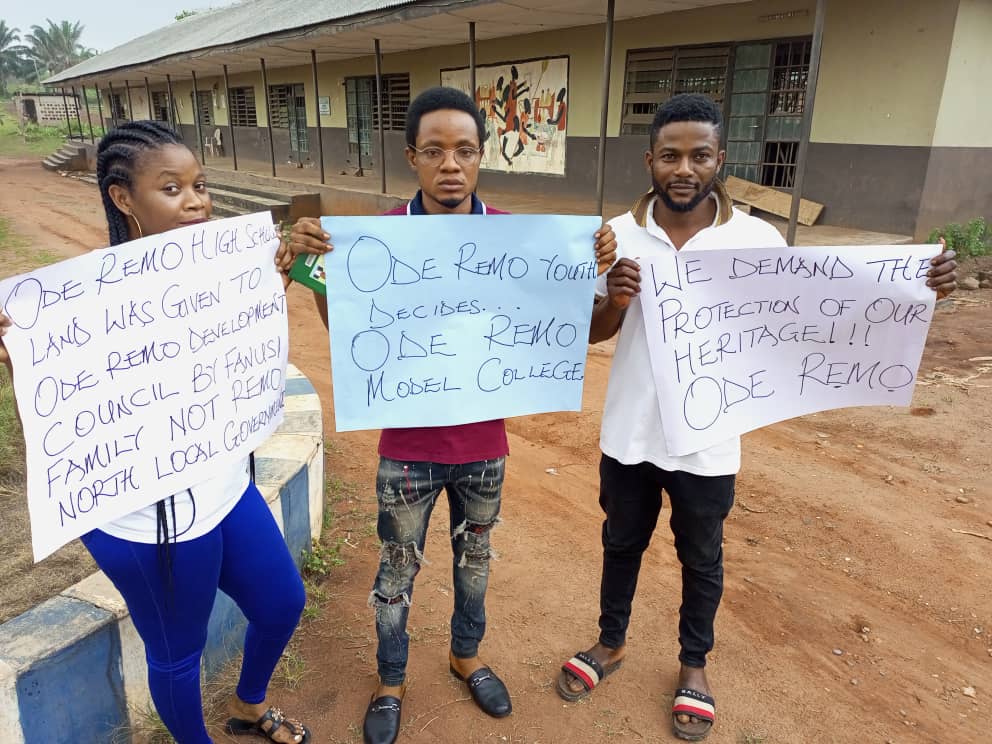 It was a rude shock to the entire Ode Remo sons and daughters to read the correspondence from the Ministry of Education, Science and Technology; Department of Secondary and Higher Education, Ogun State inviting our Royal fathers for an urgent meeting with Subject matter: Inclusion of Iraye Remo after Remo North Model College.

This came couple of months after the white chambers Summit which sole aim was to discuss the socio political and economic development of our Native Land. 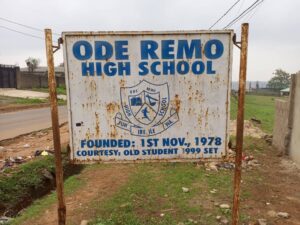 A youth demonstrating with cardboard to protest against Ogun ministry of education for renaming Ode Remo Model School.

Yaya Onagbesan; the convener of the summit and also the General Secretary of Ode Remo Development Council said the correspondence is a direct opposite of what is been preached the the entire sons and daughters of Ode Remo. 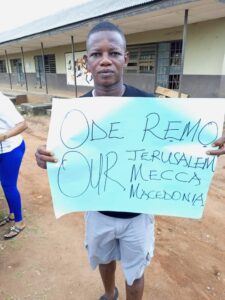 Ever since the letter was made public, various quarters and bodies within the town have risen to put the record straight by appealing to the Ogun State Ministry of Education to let the name remain as “ODE REMO MODEL COLLEGE.”

“The first Major event was the launching of an appeal fund at which Chief M.K.O Abiola was the Chief Launcher. From the fund so collected, N70,000 at that same time they refurbished the Old local Authority secondary Modern School and obtained approval from the Ogun State Ministry of Education for the establishment of Ode Remo High School in 1978.”- Culled from Ode Remo My Jerusalem, Mecca and Macedonia written by Barrister Afolabi Sotikare.

The entire Ode Remo Youth frowned at this development and called it a dead on arrival attempt.”

As at the time of filing this report, the Youth Leader of Ode Remo; Chief Ogundugba (Alogbo) was contacted and he made it clear that the land where we have Ode Remo High School as at today was donated by Fanusi Family and handed over to Ode Remo Development Council. Then, the legacy and heritage of our fathers must not be washed away. Ode Remo Youths therefore appeal to the Ministry of Education, Science and Technology not to tamper with our cherished legacy and heritage, the youth leader said. 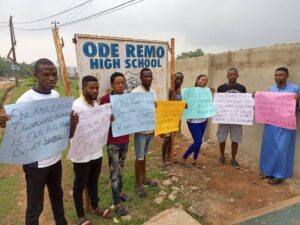 Gbadebo Adesina: “Aside the upgrade of the school to a model college, the school itself need a thorough facility upgrade and at the same time the name Ode Remo Model College is non negotiable.”

Kamal Idowu asked why is such move coming a year that precedes 2023 election as this show that it has political undertone. He further said if any development will come to our town, it should not in anyway affect our educational system.

Other youths who are present also gave in their voices are Adekanbi Adeniyi, Temitope Adegbuyi

Babajide Adetola, a 1995 old student posited that: “If government genuinely wants to have a model school that serves a unifying emblem of the current and aspiring secondary school students, it should be build and equip a new one. Ode Remo High School is our heritage. It is our history. It is part of the legacy we hope to bequeath to our children yet unborn.” 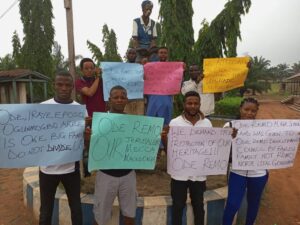 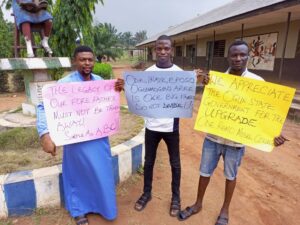 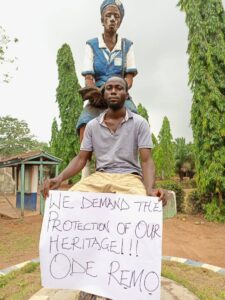