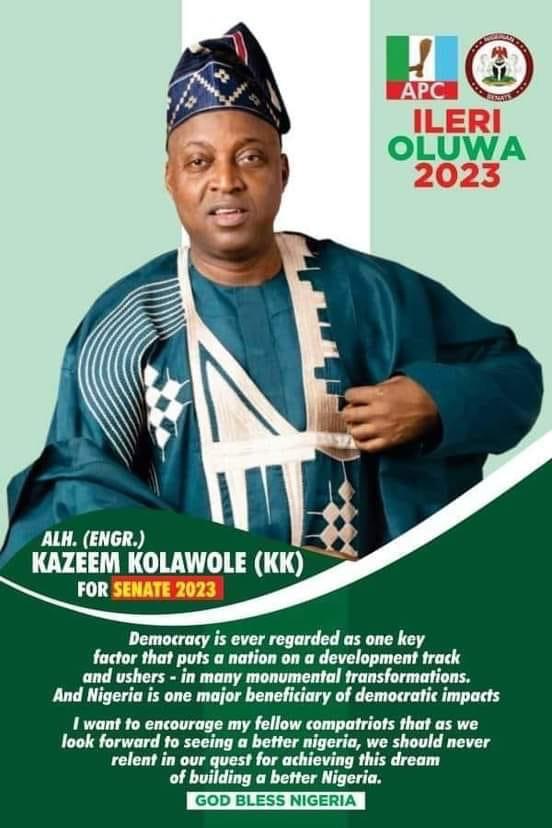 The chieftain of the all progressive congress (APC) pledged the donation on saturday during an interaction with community leaders.

Engr. Raji noted that the donation was borne out of his commitement towards the development of components of Oyo Cental Senatorial district.

While speaking on behalf of the community, Alhaji Tajudeen Badmus, the project coordinator expressed appreciations of the residents to Engr. Raji describing him as a man whose heart is filled with compassion and love for humanity. He added that the Apc chieftain was a welfarist per excellence who disliked people undergoing hardship.

Upon the completion of the project, there will be steady supply of electricity not only in Oyo Federal Constituency but also in outer Ibadan and Oke-Ogun area of Oyo state.