UAE to shift weekend to Saturday and Sunday starting next year 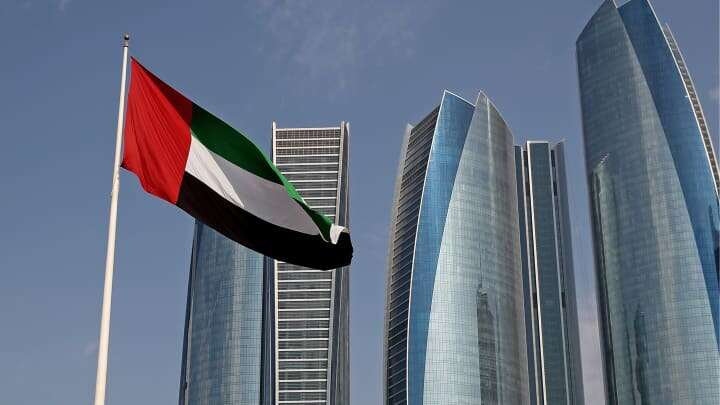 The United Arab Emirates will move its weekend to Saturday and Sunday starting next year, the UAE media office said in a tweet on Tuesday.

Most countries in the Gulf have Friday to Saturday weekends.

The UAE will have a four-½-day working week after the shift, with the weekend starting on Friday afternoon and lasting until Sunday.

The United Arab Emirates will move its weekend to Saturday and Sunday starting next year, the UAE media office said in a tweet on Tuesday.

The shift is significant, given Friday has long been a sacred day for worshippers of Islam. Most countries in the Gulf have Friday to Saturday weekends.

The country will have a 4½-day working week, with the weekend starting on Friday afternoon and lasting until Sunday.

According to the tweet by the government’s media office, the longer weekend is meant to “boost productivity and improve work-life balance.”

The changes will kick in from Jan. 1, 2022, and will apply to federal government entities.

Abdulkhaleq Abdulla, a retired professor of political science based in the UAE, told CNBC that the move was widely expected and is in line with the country’s plan to go global.

“21st century UAE is not the same as [the] UAE of 20th century,” Abdulla said, describing the the shift as a quiet “revolution.”

Friday working hours will be from 7:30 a.m. to 12 p.m., the government media office said. Working hours from Monday to Thursday will start at 7.30am and end at 3.30pm.

“Adopting an agile working system will enable the UAE to rapidly respond to emerging changes and enhance wellbeing in the workplace,” state news agency WAM said in a report.

“From an economic perspective, the new working week will better align the UAE with global markets, reflecting the country’s strategic status on the global economic map,” and is designed to smooth trade, financial and economic transactions with other countries, it added.

The country will also be hoping the move boosts “not only trading opportunities but also add to the flexible, secure and enjoyable lifestyle the UAE offers to its citizens and residents,” according to WAM.

Christopher Payne, chief economist at Abu Dhabi-based Peninsula Real Estate, said shifting the weekend sends a clear message that the UAE is a “leader in the Gulf and the Middle East, taking bold decisions to change ahead of other countries.”

“In the broader context, this measure is part of a larger number of public policy changes … that will continue to make the UAE a highly attractive destination for foreign investment and expats,” he said, pointing to the relaxation of laws on cohabitation and changes in visa rules.

Abdulrahman Al Awar, the UAE’s minister of human resources and emiratisation, told CNBC that the shift could mean significant improvements for productivity and trade.

“We believe that it will enable the UAE to attract talent that would be looking forward to having more comparable work days and weekends with their home countries,” he said. He noted that the country’s central bank would soon issue more information on whether domestic stock markets would still trade on Sundays.