Ramaphosa and Kenyatta discuss the future of Africa 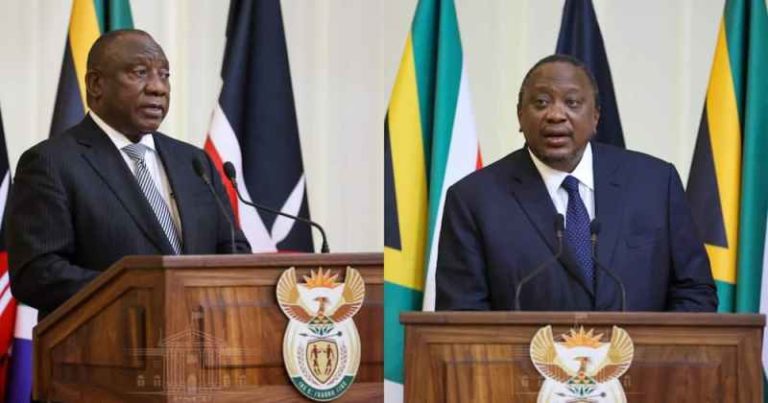 This was at the start of Kenyatta’s two-day state visit to South Africa. In a meeting in Pretoria, the two leaders discussed the “grave situation in Ethiopia” and agreed that there is an urgent need for all parties to commit to an immediate, indefinite and negotiated cease-fire, Ramaphosa said.

They also condemned recent bomb attacks in the Uganda`s capital of Kampala which claimed the lives of at least three civilians in what police described as a coordinated attack by extremists opposed to the government.

The two leaders discussed the problem of Islamic extremist violence in South Africa’s neighbour, Mozambique, and in other countries across Africa.

“Terrorism is not a fight that can be fought by any one country,” said Kenyatta, referring to al-Shabab in Somalia, Boko Haram in Nigeria and the several Islamic State groups operating in Africa.