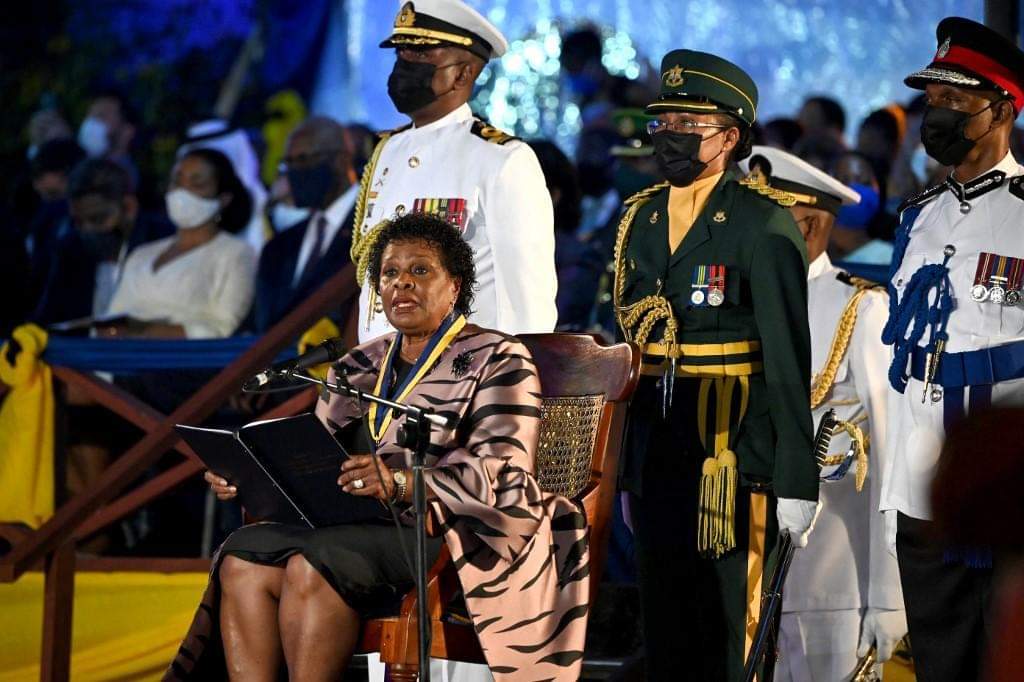 Barbados formally declared itself the world’s newest republic at the stroke of midnight, as the Caribbean island nation removed Queen Elizabeth II as head of state in a solemn ceremony Tuesday attended by her son Prince Charles.

Symbolising the historic handover, the Royal Standard flag representing the queen was lowered during a ceremony inaugurating the current governor-general, Dame Sandra Mason, as the first president of Barbados.

“I, Sandra Prunella Mason, do swear that I will be faithful and bear true allegiance to Barbados according to law, so help me God,” the new president said in taking the oath of office.

The new era for the nation of 285,000 ends Britain’s centuries of influence, including more than 200 years of slavery until 1834.

Singer, Rihanna, who was born on the Island was also honoured as a National Hero as she attends the presidential inauguration at Heroes Square, Bridg

Share
Facebook
Twitter
Pinterest
WhatsApp
Previous article‘We have room for legal foreigners, not illegals’: Soweto activist
Next articleHembe Inaugurates Coordinators In Sankera, Charges Them To Be A Good APC Ambassadors, Work For The Actualization Of 2023 Mandate.