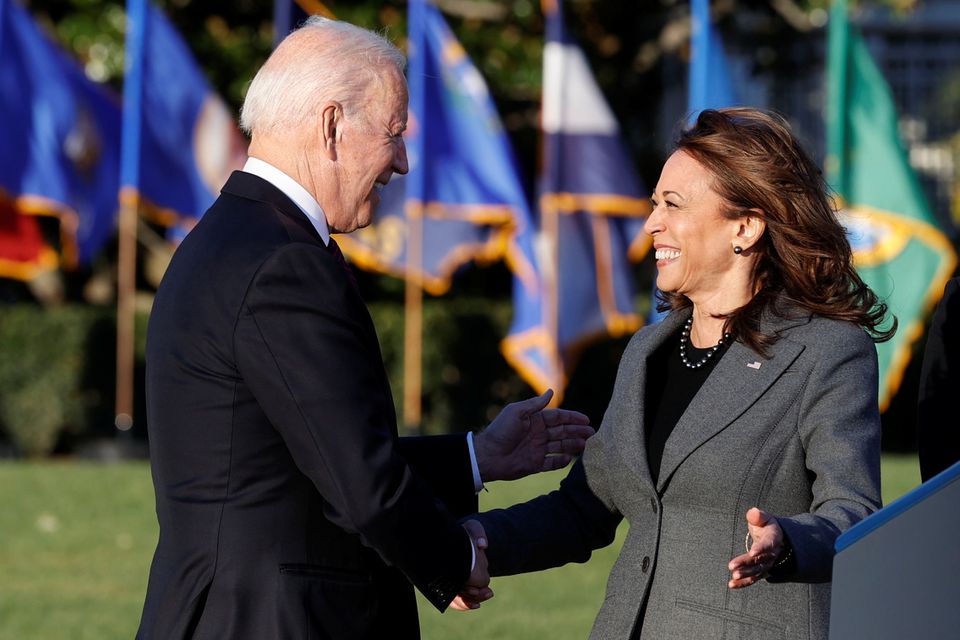 The president was undergoing a routine physical at the Walter Reed military hospital outside Washington.Register now for FREE unlimited access to reuters.comWhite House spokesperson Jen Psaki said Biden spoke to Harris and White House chief of staff Ron Klain after the procedure and was “in good spirits.”

Biden’s power transfer occurred while he was under anesthesia for the colonoscopy. Harris worked from her office in the West Wing of the White House during that time, Psaki said.

Harris is the first woman to serve as vice president of the United States; no woman has ever been president in the country’s nearly 250-year history.

The moment, while historical, doesn’t count as a woman having served as U.S. president, said Debbie Walsh, the director of the Center for American Women and Politics, a research group.

But it does reinforce that “for the first time a woman is the number one person in the line of succession,” she said. “It is still not the presidency, that glass ceiling has not yet been broken.”

The U.S. Constitution’s 25th Amendment lays out a process for the president to transfer power when he is unable to discharge his duties.

Presidential power has been transferred to the vice president before, when President George W. Bush had colonoscopies in 2002 and 2007.

Biden, who turns 79 on Saturday, is the oldest person to take office as U.S. president, leading to high interest in his health and well-being. Although speculation has persisted about whether he will run for re-election in 2024, he has said he expects to seek a second four-year term.

Biden has pledged to be more transparent about his health than predecessor Donald Trump. The Republican visited Walter Reed in 2019 for an undisclosed reason that a former press secretary, Stephanie Grisham, later revealed was for a colonoscopy.

Trump once had his doctor brief the press about the president’s health after questions were raised about his mental acuity.