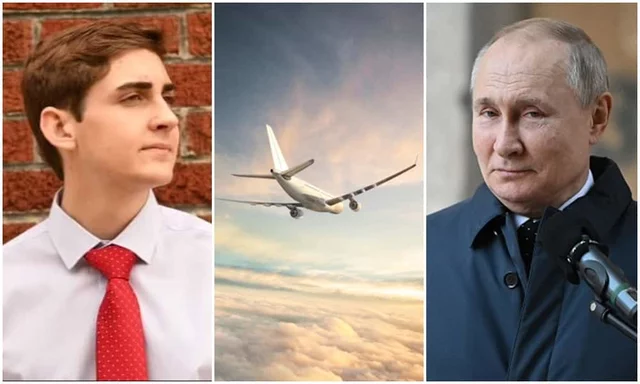 Jack Sweeney found that jets owned by Russian oligarchs were still traveling on a daily basis despite harsh sanctions and restrictions placed on the country.

A 19-year-old college student who tracked Elon Musk’s private jet has now set up a Twitter account to track the whereabouts of Russia’s elite, amid Russian President Vladimir Putin’s attack on Ukraine.

The new Twitter account @RUOligarchJets, run by University of Central Florida student Jack Sweeney, tracks when private jets owned by Russia’s oligarchs take off and land — then sends out the locations to over 167,000 followers.

In his tracking, Sweeney found that these Russian-owned jets appeared to be traveling on a daily basis despite harsh financial sanctions and airspace travel restrictions that are being imposed on Russia by President Joe Biden and other allies to Ukraine.

Sweeney uses public data provided by the ADS-B Exchange, a website that collects flight data in real time, to track the private Russian jets, just as he does with his other account @ElonJet, which tracks tech billionaire Musk.

According to Sweeney, these Russian jets are more extravagant than other private jets he’s previously tracked.

“The aircrafts these oligarchs have are absolutely crazy,” Sweeney told Bloomberg, emphasizing how Russia’s richest people were traveling on commercial-sized aircrafts including the Airbus A319 and Boeing 737. “Their planes are huge compared to other jets.”

Sweeney first made headlines in late January after the tech-focused media site Protocol published a profile about the teen and Musk’s efforts to shut him down.

The Twitter account caught the attention of Musk, who asked Sweeney in a direct message, “Can you take this down? It is a security risk,” according to Business Insider, which obtained a screenshot of the messages.

Musk then offered to buy the account from Sweeney for $5,000, adding that the student would also be “generally helping make it harder for crazy people to track me,” Business Insider reported.