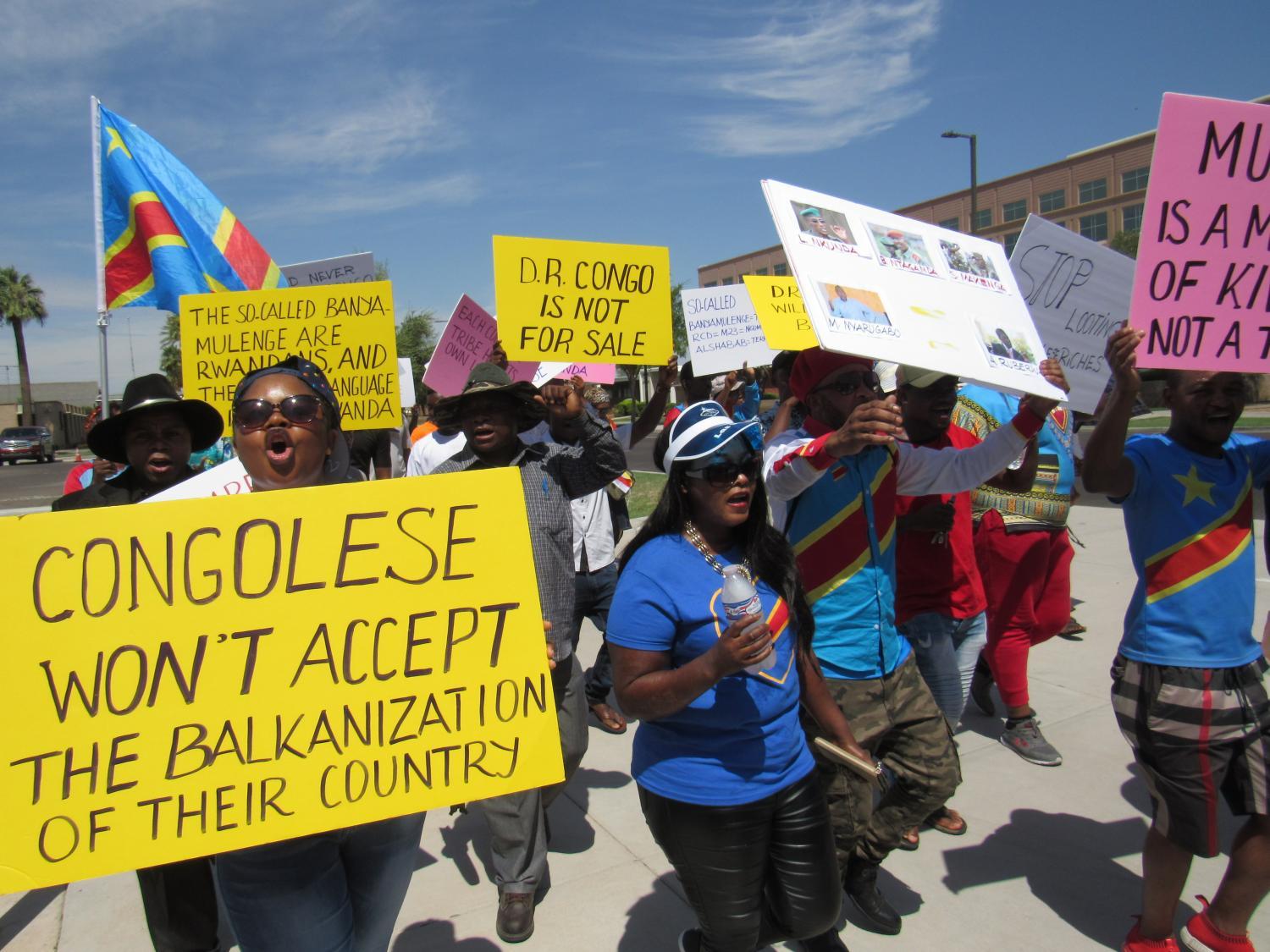 GOMA, Democratic Republic of Congo Dec 20 (Reuters) – A police officer and at least two civilians were killed during protests in the city of Goma in eastern Congo on Monday over worsening security, police and civil society said.

Large rocks littered a street where crowds of demonstrators gathered for a stand-off with police to protest at regional violence and what they believe is the imminent arrival of security forces from neighbouring Rwanda to quell unrest.

The government denies Rwandan forces are coming to help.

Many in Goma are fed up with a surge in attacks by various armed groups in North Kivu and Ituri provinces that has led authorities to declare a state of siege, despite the presence of the army and a United Nations peacekeeping mission.

“We are angry because our army is supposed to be the 10th best in Africa, but we learn that it has just asked for help, how come?” said protester Kambale Basali.

Congo has also launched a joint military operation with Uganda under which at least 1,700 Uganda troops have crossed into eastern Congo in recent weeks to battle the Allied Democratic Forces (ADF), a rebel group allied with Islamic State.

Recent violence in Goma itself has stoked frustration. Mario Ngavho, president of Goma’s civil society, said at least two civilians were killed and six wounded on Monday. He said that at least 10 others had died in the past week.

“A police superintendent was killed. His body is in the morgue – he was shot dead at his service post,” Van told reporters. Another police officer was severely wounded and several protesters were also wounded, he said.