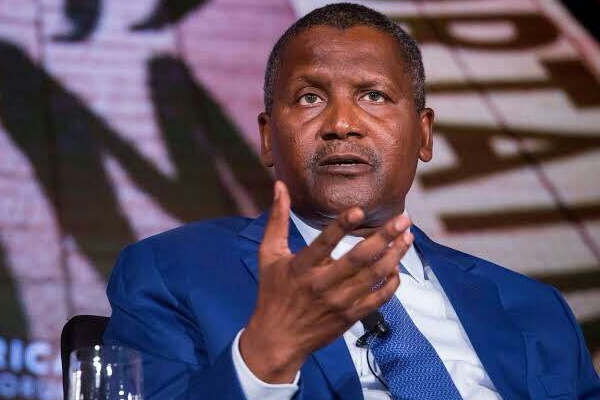 Chairman of the Dangote Group, Alhaji Aliko Dangote, on Friday, assured that the Dangote Refinery would be ready for commissioning before the end of the tenure of President Muhammadu Buhari in 2023.

Dangote disclosed this while speaking to State House correspondents on Friday after meeting behind closed-doors with President Muhammadu Buhari at the Presidential Villa, Abuja.

Asked when the refinery would be ready for operations, the Forbe’s Africa richest man said “by the grace of God, Mr. President will come and commission before the end of his tenure”.

He said when the refinery becomes operational, it would create jobs and generate more tax money, which would be used by government to develop the country further.

Asked if he was worried about potash scarcity as a result of the Russian/Ukrainian conflict, Dangote said there was no need for worry as only 26% of the world’s potash supply comes from the two countries.

“No, we are not concerned. Well, there are some few other countries that have it, it’s not only Ukraine that has it. Yes, Ukraine and Russia have about 26% of the world’s potash, but it does not mean that you cannot source potash elsewhere. So I’m not really very concerned, the concern is just about price”, he said.

Speaking about why his team was at the Presidential Villa, he said “we came here on a courtesy call and also a ‘thank you visit’, to thank him for personally coming to commission our fertilizer plant. This is just on the 22nd of March, about four weeks ago. So, I’m here with my board of directors, just to show gratitude to Mr. President and he received us very well”.