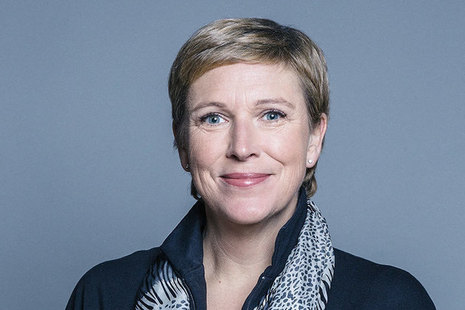 In a huge shakeup for UK drivers, the Highway Code is being updated for 2022, with changes expected to come into effect on Saturday.

The changes include a hierarchy of road users, priority for pedestrians at junctions, priority for cyclists at roundabouts, alterations to overtaking procedures, cyclist road positioning, and opening your car door.

The government is introducing new changes to the Highway Code in an attempt to greater protect pedestrians and cyclists on UK roads.

Changes are expected to come into force on January 29, with the Highway Code being updated to include greater guidance on road safety.

If approved by parliament, the alterations will mean that a hierarchy of road users will be introduced, placing the importance of the safety of pedestrians and cyclists as its top priorities.

The government initially announced the detail of the new updates to national media last summer.

They follow a public consultation where nearly 21,000 people submitted their views, with the majority supporting every single one of the changes coming into force this weekend.

The hierarchy of road users is the main focus of the Highway Code 2022 rule update and the concept centres around protecting those most at risk if a road collision occurs.

The hierarchy ensures quicker or heavier modes of travel have the greatest responsibility to reduce the danger or threat they may pose to others on the road.

It means the greatest responsibility will rest on motorists to help reduce the harm they might cause to lesser-protected cyclists and pedestrians.

Motorists will also be encouraged to adopt the so-called “Dutch Reach” – a practice used widely across Europe – which involves the motorist opening the door next to them with the opposite hand so they can look over their shoulder.

It is hoped that adopting the Dutch Reach technique will minimise potential injuries to passing cyclists and pedestrians.

As of January 29, drivers, motorcyclists and cyclists turning at a junction must give way to pedestrians crossing or waiting to cross the road that the motorist is planning to drive down.

They should also give way to pedestrians waiting to cross a zebra crossing, as well as pedestrians and cyclists crossing a parallel crossing

Previously, vehicles and cyclists were given priority at junctions, but the rules now mean that this is no longer the case.

Priority for pedestrians now also means that cyclists need to give way to pedestrians on shared-use cycle tracks.

Saturday’s new rules urge drivers to have more concern for the safety of cyclists amid rising cyclist deaths, which rose by 40% in 2020, according to the Department for Transport (DfT).

The new rules tell cyclists to ride in the centre of the lane, keeping cars behind them, unless there is a designated cycle lane for them to go in.

This is to ensure that cyclists can make themselves as visible as possible.

Drivers are also told, in the interest of protecting cyclists, that they must not cut across cyclists going ahead when turning into or out of a junction.

This rule applies regardless of whether cyclists are using a cycle lane, a cycle track, or riding ahead of the road.

The 2022 guideline amendments also mean drivers must now give cyclists priority at roundabouts under Rule 186.

It now states: “You should give priority to cyclists on the roundabout. They will be travelling more slowly than motorised traffic. Give them plenty of room and do not attempt to overtake them within their lane. Allow them to move across your path as they travel around the roundabout.”

Other 2022 Highway Code rule updates you need to know

Wiper blades need to be kept in top shape to avoid any windscreen impairments.

Driving with either blunt or broken blades is classed as driving your car in a dangerous condition.

Failure to keep your wiper blades in good condition will run drivers the risk of being slapped with three penalty points on their licence, or a fine of up to £2,500, as cited in 40a of the Highway Code’s Road Traffic Act.

Rule 163 of the Highway Code on overtaking other road users has been updated, and now entails leaving at least 1.5 metres when overtaking cyclists at speeds of up to 30mph. When overtaking at higher speeds, this distance increases.

Drivers are also now encouraged to leave a minimum of two metres of space when passing a pedestrian who is walking on the road.

The amendment to turning left highlights the importance of pedestrian priority, and says that cyclists must give way to pedestrians crossing or waiting to cross now.

They are also encouraged to avoid riding on the inside of vehicles slowing down to turn left or indicating that they are turning left.

The new guidance says: If you are turning right, check the traffic to ensure it is safe, then signal and move to the centre of the road.”

Roads Minister Baroness Vere said in an official government press release on Wednesday: “I’m proud to say we have some of the safest roads in the world, but I’m determined to make them safer still for everyone.”

“These updates to The Highway Code will do just that by bringing the rules into the 21st century, encouraging people to respect and consider the needs of those around them, and ensuring all road-users know the rules of the road,” she continued.