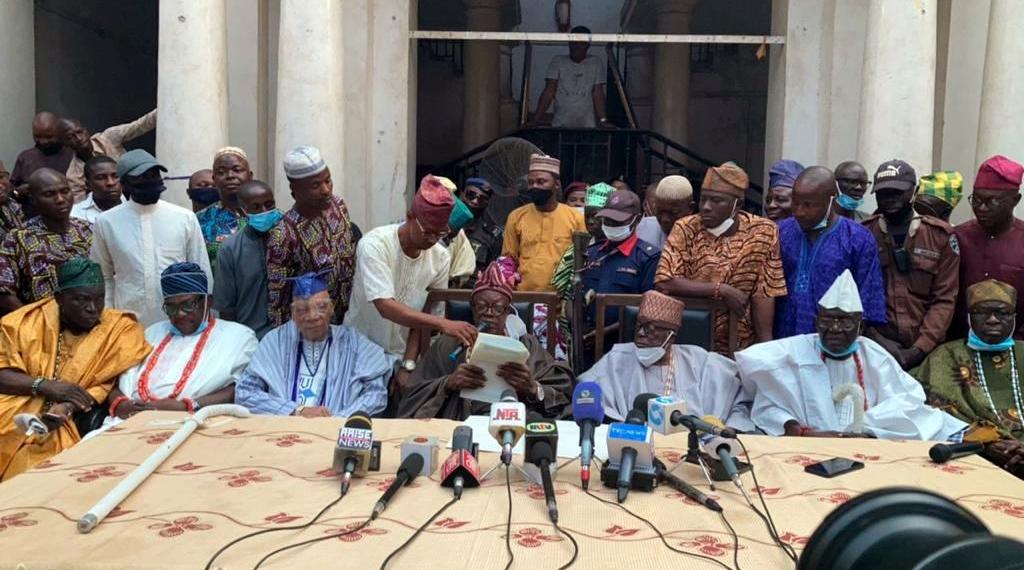 “I can tell you that by next week, there wouldn’t be any tension in Ibadan again,” Mr Ladoja said.

The controversy trailing the nomination of the next Olubadan of Ibadanland was on Saturday brought to an end after a closed-door meeting between the Olubadan-in-Council and Governor Seyi Makinde.

The News Agency of Nigeria (NAN) reports that the meeting summoned by the governor over the issue of the next Olubadan of Ibadan, was held at the State Government House, Agodi, Ibadan.

NAN reports that tongues had been wagging as to who would succeed the late Olubadan of Ibadanland, Saliu Adetunji, who joined his ancestors on Sunday, January 2, at 93 years.

The traditional ruler died at the University College Hospital (UCH), Ibadan, in the course of an illness.

Mr Adetunji died a few weeks after the Soun of Ogbomoso and Asigangan of Igangan joined their ancestors.

NAN reports that Mr Adetunji, the 41st Olubadan of Ibadanland, ascended the throne of his forefathers on March 4, 2016.

Briefing journalists after the meeting presided over by the governor, Rashidi Ladoja, the Osi Olubadan of Ibadan, said that all matters causing the crisis over the Olubadan stool had been resolved.

“The governor has been magnanimous to have called this meeting because those of us that said we were not going to meet at all finally met and we have resolved all the matters.

“I can tell you that by next week there wouldn’t be any tension Ibadan again,” Mr Ladoja, also a former Governor of Oyo State, said.

On the resolution of the meeting, the Osi Olubadan said the parties had resolved on how to settle the pending cases in court.

He said none of the council members argued that the Otun Olubadan, Lekan Balogun “is not the next Olubadan. All of us agreed on that one because that’s our hierarchy.

“I can tell you that Olubadan-in-Council is one and all is well; we are happy that the matter has been resolved and we are grateful to Governor Seyi Makinde.

On when to expect the announcement of the next Olubadan, Mr Ladoja said: “We have our procedure; now that everything has been resolved, the council will meet and present the candidate to the governor for assent.

“We thank all Ibadan indigenes and lovers of Ibadan for their concern.”