HomeTraditionFrom The Fire To The Frying Pan For Kenyan Women
Tradition

From The Fire To The Frying Pan For Kenyan Women 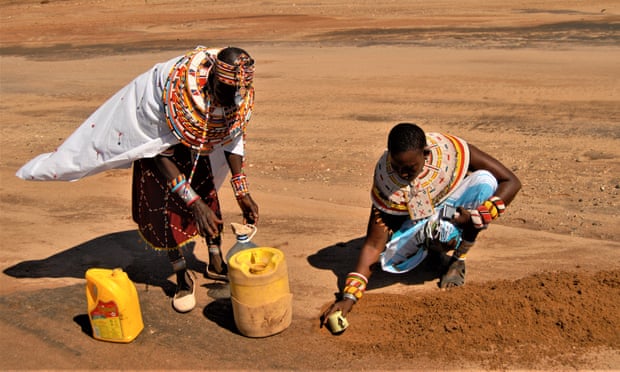 From the Fire to the Frying Pan for Kenyan WomenSitiyan is among scores of women and girls in Umoja, a village that has become a rescue centre for women and girls escaping domestic violence, female genital mutilation (FGM) and early marriages.

There are no men in this manyatta, the traditional homestead. While the women may have escaped these threats, they are still potential victims of “drought-instigated violence”.

Along with women in other marginalised counties such as Garissa, Marsabit, Mandera, Isiolo, Wajir and Turkana, they are at great risk of sexual molestation as they trek long distances in search of water.

John Kitui, country director of Oxfam Kenya, an organisation that works with local groups helping to build resilience, says: “As the drought continues, families have nothing to fall back on and are forced to marry off daughters early to receive dowry payment. Without school fees, it is often girls who are forced out of class who then bear children at a young age. The resulting stress often leads to domestic violence.”

Women are also the unintended victims of tribal conflicts as communities fight over dwindling resources.

Men are forced to move remaining livestock tens of kilometres away to find foliage, and the women and children left behind are at increased risk of attacks by bandits.