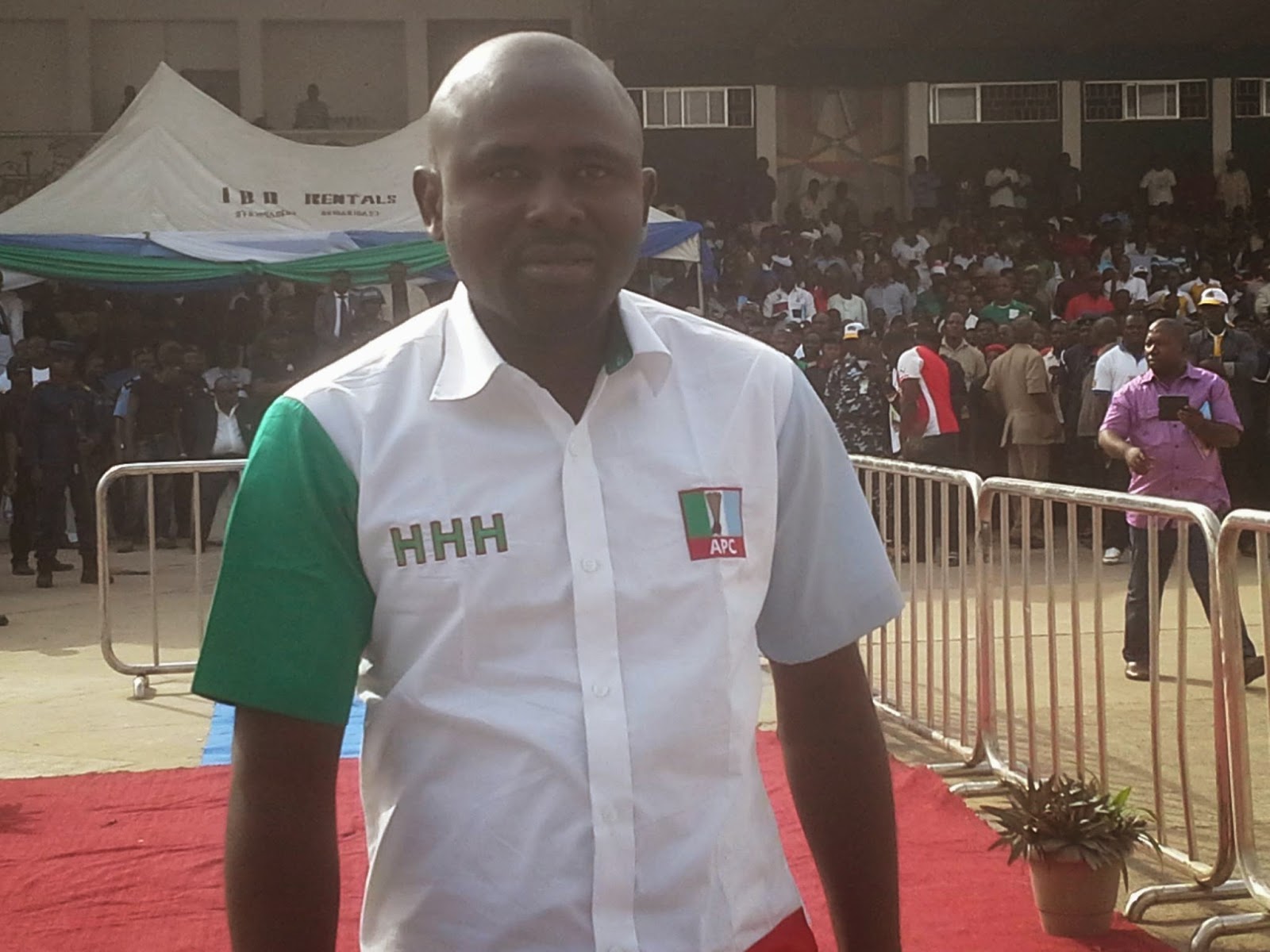 RE: THAT COMEDY OF AN ‘ACADEMIA INTERFACE’ WITH IORWASE HEMBE, A REJOINDER TO BENUE PDP

On Friday 5th November 2021, the member representing Jechira Federal Constituency at the House of Representatives Rt. Hon. Herman Hembe, in furtherance to his 2023 gubernatorial project held a parley with members of the Benue academia drawn from all the tertiary institutions in Benue State titled, “Benue: Rediscovering our path to greatness”.

At the meeting, Rt. Hon. Herman Hembe highlighted the challenges holding the State back from attaining its potential and went on to unveil his vision for the State. Nowhere in the discussion was any particular individual, administration or political party singled out as being responsible for the abysmal state of affairs in the State.

The honourable member spoke about the challenges of the State and his vision in general terms.

For some reason that we are unable to fathom, the spokesman of the Peoples Democratic Party in Benue, Mr. Bemgba Iortyom decided that the current PDP administration in the State was the subject of Hon. Hembe’s discourse.

Mr. Iortyom attempted to discredit the event first, by denigrating the attendees among whom were some of Benue’s brightest minds: Professors, PhD holders and senior staff of tertiary institutions within the State. He referred to them as “uninformed and gullible.” Mr. Iortyom further alleged that Hon. Hembe had twice been removed from positions in the Green Chamber on grounds of graft.

The PDP spokesman finally challenged Hon. Hembe’s understanding of the Constitution, particularly as it pertains to the operation of the State Joint Local Government Account. We consider the statement by the PDP spokesman to be the vituperations of a tortured mind.

A man who claims to speak on behalf of a party in government ought to do better. That said, we are responding to him out of consideration for persons who are genuinely interested in knowing the truth about the issues he raised.

To begin with, Hon. Hembe has never been removed from any committee assignments on account of graft or any other reason for that matter. We understand the PDP spokesman to be referring to the case involving the House Committee on Capital Markets and other Institutions (which Hon. Hembe chaired for the entire duration of the 7th National Assembly) and the Director General of the Securities and Exchange Commission Ms Arunma Oteh.

In that matter, the Committee was mandated by the entire House to probe the near collapse of the Nigerian capital market. As the chief regulator of the capital market, the SEC and its boss were at the center of the probe. In the course of the hearing, the DG of SEC alleged that the Committee and its Chairman requested for a bribe of 44 million naira from her in order to scuttle the investigation.

In line with the best traditions of fair hearing, Hon. Hembe voluntarily stepped down from the presiding chair in relation to only that particular assignment; and further invited law enforcement agencies to investigate the allegations levelled against the Committee by the DG of SEC.

After due investigation by law enforcement agencies no charges were filed in respect of the 44 million naira bribe allegation for the simple reason that the allegation was a blatant lie designed for one purpose and one purpose only: to distract the Committee from continuing its probe of capital market operations.

In a desperate attempt to pin something on the Committee at all costs, the EFCC abandoned the original 44 million naira bribe allegation; and at the instance of SEC filed charges against Hon. Hembe for criminal conversion of approximately N655,200 naira (4,095 USD at the exchange rate of 160 naira at the time).

The facts that emerged from EFCC’s case were so absurd that the Court of Appeal in quashing the charges against Hon. Hembe had this to say:This prosecution is an abuse of the ominous powers vested in the EFCC; and an abuse of the court process.Had the learned trial Judge that granted leave for the prosecution of the appellant acted judicially and judiciously, his Lordship of the lower court would not have wasted time and energy as well as public funds to embark on a criminal trial that has no support or foundation under section 308 and 309 of the penal code.

See Hembe Vs Federal Republic of Nigeria (2014) LPELR 22705 at pages 48 and 58. Similarly, an investigation by the House Ethics Committee exonerated Hon. Hembe of all allegations made by the DG of SEC. Hon. Hembe remained Chairman of the Committee on Capital Markets till the end of the tenure of the 7th Assembly in June 2015.

We also understand the implied reference to the removal of Hon. Hembe from the House midway into his third term in June 2017 by the Supreme Court. The court’s decision was in relation to the nomination process of the party and had nothing to do with graft or anything done by Hon. Hembe in his capacity as a member of the House of Representatives.

Finally, the PDP spokesman’s insinuation that Hon. Hembe, a lawyer of nearly 20 years at the bar and 4th term member of the House of Representatives needs to be tutored on the provisions of the Constitution is laughable.

The State Joint Local Government Account created under Section 162 (6) of the Constitution is an account FOR local governments. Revenues accruing to that account, whether they be from State sources or from the Federation Account are to the credit of local governments.

The Account is not, and was never intended to become an avenue for arm twisting local governments to surrender their entitlements under some duplicitous arrangements as currently practiced. It is this bareface act of financial malfeasance that Hon. Hembe spoke to, and promised to stop, a promise he reiterates even now.

It appears subtext and nuances are not very strong points of the PDP spokesman. It is hardly surprising that Bemgba Iortyom and the Benue PDP see nothing wrong with the manner the State Joint Local Government Account is currently operated.

This is hardly surprising coming from an Administration that is known for setting up a Commission of Inquiry, then turns round to patronize and even appoint persons indicted by that Commission into sensitive positions in Government!!!Hon. Hembe offers a clear departure from the status quo and makes no apologies for his views.

The PDP may not like the message, but we do not care. We only care that our message resonates with the Benue people, to whom we boldly assure that Benue will be great again.