Anambra 2021: President Buhari Congratulates Soludo For His Victory As Governor-Elect 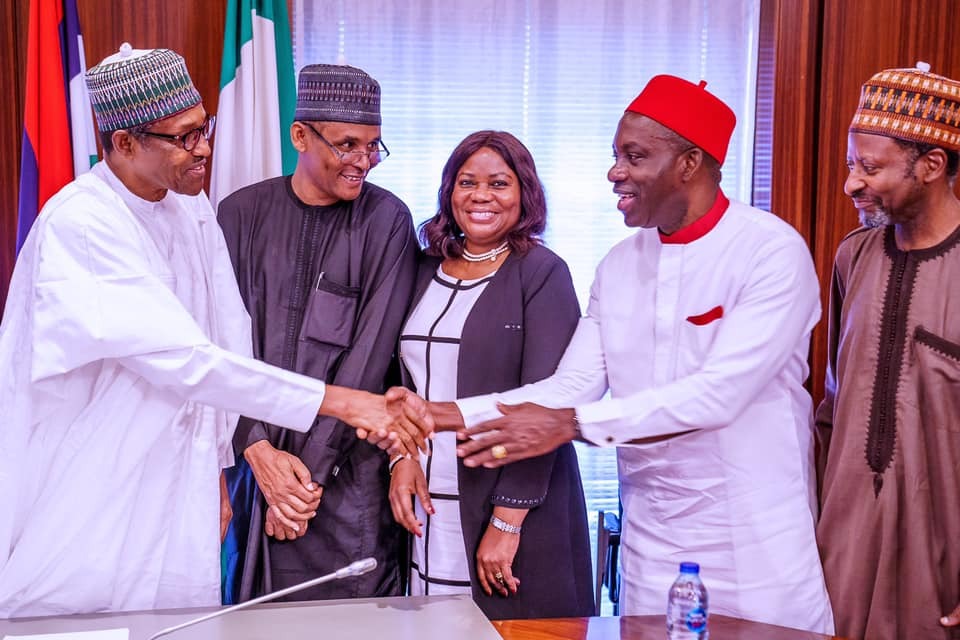 President Muhammadu Buhari has congratulated Professor Charles Chukwuma Soludo, as he emerged winner in the gubernatorial election in Anambra State, saying that he looks forward to working with him.

The President also called on the governor-elect, who is a member of the Presidential Economic Advisory Committee, to rally other stakeholders to tackle the enormous challenges confronting the state and the Southeast in general.

“President Buhari enjoins Prof. Soludo, member of the Presidential Economic Advisory Committee, to rally other stakeholders to tackle the enormous challenges confronting the State and the Southeast in general.

“The President looks forward to working with the incoming governor for the peace, security and development of not only Anambra State, but the entire country,” the statement read in part.

President Buhari also praised the security agencies for their determination in ensuring that the election went on as smoothly as possible, as well as the Independent National Electoral Commission (INEC) for the successful conclusion of the exercise despite the initial challenges encountered.

The 61-year-old former Governor of the Central Bank of Nigeria, swept to victory after he secured 112,229 votes from 19 of the 21 LGAs – twice more than his closest rival – PDP’s Valentine Ozigbo.

“I will work hard everyday and I will never disappoint you,” he said, also he commiserate with those who died in the course of the poll.

In Soludo’s response, he said the election was most peaceful and congratulated those who contest the election with him.“We are one, I extend hand of fellowship to you, let us come together to build Anambra.

Let us keep the spirit of Anambra flying.“My role will be that of a chief servant, I will work everyday with you. I will work in collaboration with other states and the Federal Government,” he said.

However, the CEO of AfricanCamera, Omooba Adekunle Adebayo Ayoola has extend his congratulatory message to His Excellency, Charles Soludo For his victory as the governor elect of Anambra State. He charge him to mend fence and turn around the State fortune for the benefit of Anambrarian and entire Nigeria.