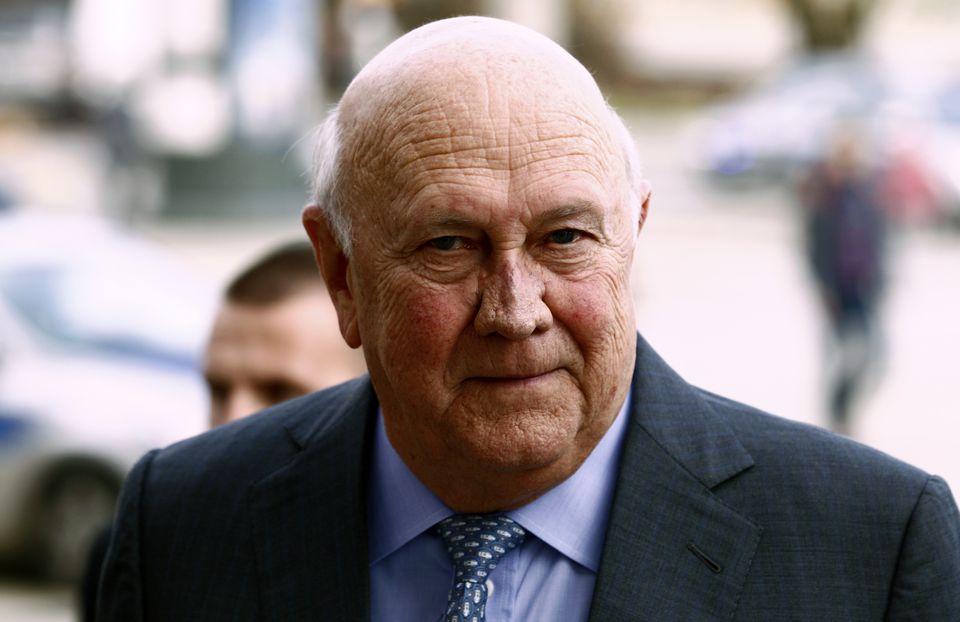 FW de Klerk, the former president of South Africa and the last white person to lead the country, has died at the age of 85.

Mr de Klerk, who was also a key figure in the nation’s transition to democracy, had been diagnosed with canhucer this year, a spokesman said.

In 1990 he announced he was releasing anti-apartheid leader Nelson Mandela, leading to multi-party polls in 1994.

Mr de Klerk shared the Nobel Peace Prize with Mr Mandela for leading the “miracle” transition from white rule in the country. However, his role in the transition to democracy has always been highly contested.

“He is survived by his wife Elita, his children Jan and Susan and his grandchildren,” it said.The foundation had announced the diagnosis – a cancer that affects the lining of the lungs – in June this year.

Mr de Klerk was born in March 1936 in Johannesburg, into a line of Afrikaner politicians.

He worked as a lawyer and served in a series of ministerial posts before taking over from PW Botha as the head of the National Party in February 1989.

The following year he announced he was removing the ban on parties that included Mr Mandela’s African National Congress (ANC).

His actions helped bring an end to apartheid-era South Africa, and he became one of the country’s two deputy presidents after the multi-party elections in 1994 that saw Mr Mandela become president.

However, he has been a controversial figure in South Africa.

Many black South Africans have blamed him for failing to curb violence during his time in power, while white extremists viewed his efforts to end apartheid as a betrayal.

Last year, he became embroiled in a row in which he was accused of playing down the seriousness of apartheid.

He later apologised for “quibbling” over the matter.