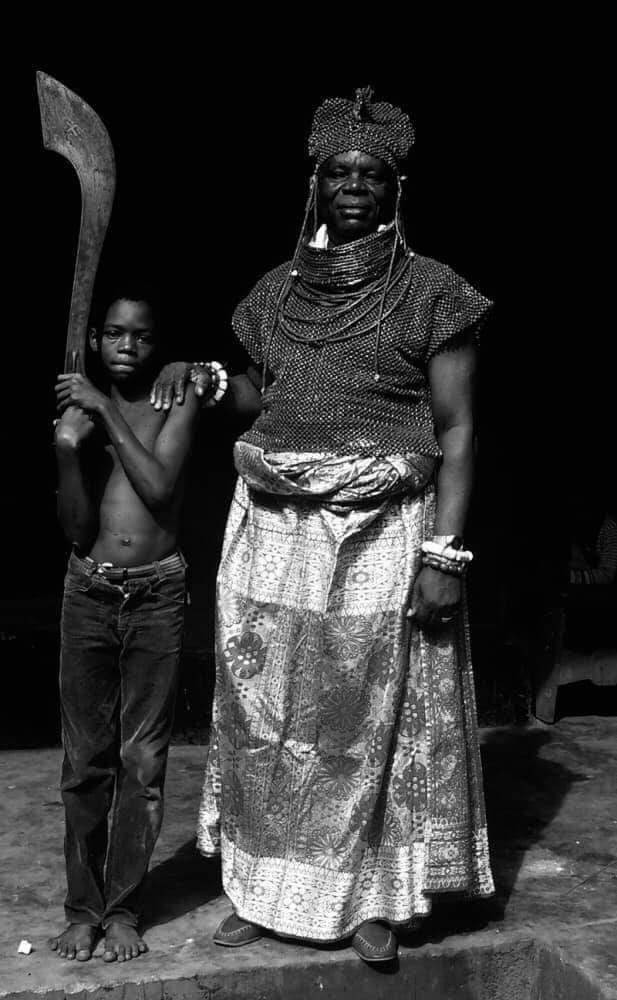 1. In an attempt to suppress the ethnic origin of Agho Ogbede, the first Obaseki of Ubini and individual who ruled Ubini from 1898-1914, Bini narrators fabricated a not-so-well-thought out claim.

2. In this claim, Bini narrators submitted that Agho Ogbede, who was from Nsukwa Igboland, was the descendant of the 1st Obi of Nsukwa and that this Obi was the son of an Ubini king called Oba Ehengbuda.

3. In other words, another “Bini prince” fairytale. It was this type of fabrication that caused the people of Nsukwa and other Igbo subgroups from the Agbor District in 1939 to petition the colonial government about such fallacious claims published in books by Bini narrators.

4. The petition was made by the Agbor Patriotic Union and it reads in part:

“Benin originated from Agbor…Ekas have never been subjugated by Binis or other tribes. Binis were fewer and weaker. Before 1897 Benin influence never went further than Ugo. Ekas harassed Benin with successful wars which led them (i.e., the Bini) to dig the trench around them.”

5. The Agbor District’s petition against the “Bini Prince” lies made by the Bini narrators is not the biggest destruction to their fallacies yet. The worse mistake these narrators made was to claim that Agho Ogbede’s great great grandfather was an Omuada after claiming the Ogbede’s were descendants of Oba Ehengbuda of Ubini.

6. The Omuada is the scepter carrier of the Oba of Ubini and also the Head Servant. This position is the lowest ranking position of the palace, and according to Bini custom, no descendant of an Oba nor person from the royal bloodline can become an Omuada.

7. Given this known fact you can see the shattering mistake the Bini narrators made with their desperate attempt to suppress the historical fact of the Igbo origin of the Obasekis and their desperate rush to write in a “Bini Prince” tale into the history of the Nsukwa people.

9. This particular mistake by the Bini narrators made with their fabricated story is akin to a footballer scoring a goal for the other team. They should have thought out the lie.

10. Let’s not even go into the question of dates even though they claim the “Bini Prince” was installed in Nsukwa in 1578 and we know a certain kingdom was not established until the latter 1600s. That a story for another day but its definitely one of the exposers of the Bini narrators many lies.

11. To end, no Obi of Nsukwa was Bini and Agho Ogbede and his descendants, the Obasekis, have their origin at Igboland [Nsukwa, Delta State] and nowhere else.

PHOTO: A Bini chief and an Omuada