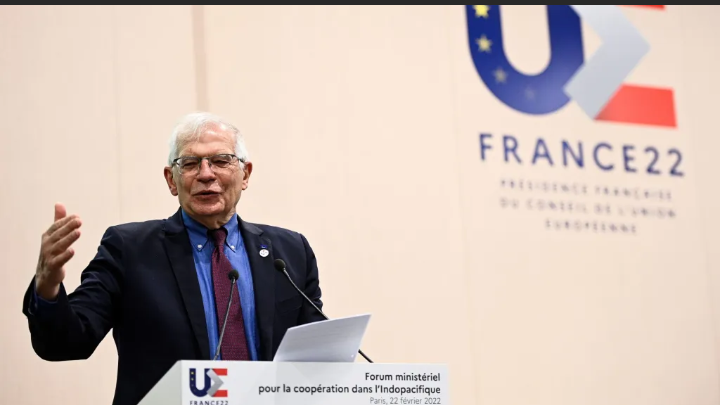 EU foreign affairs chief Josep Borrell said the package, approved on Tuesday, “will hurt Russia, and it will hurt a lot”.

Mr Borrell said the sanctions would affect members of Russia’s lower house of parliament and other individuals involved in approving the deployment of Russian troops to separatist-held regions of eastern Ukraine.

He says the package will also affect Russia’s financing of policies linked to Ukraine by limiting access to EU financial markets.

“This story is not finished,” said Mr Borrell of Russian actions in Ukraine.

The first set of sanctions is aimed at the 351 Russian politicians who voted for recognising separatist regions in Ukraine, as well as 27 other Russian officials and institutions from the defence and banking world.

They also sought to limit Moscow’s access to EU capital and financial markets.