HomePoliticsElection 2023: Benue’s Challenges Are Conquerable, I Am Ready For The Tasks...
Politics

Election 2023: Benue’s Challenges Are Conquerable, I Am Ready For The Tasks Ahead – Hembe 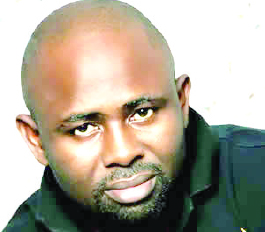 The All Progressive Congress (APC) Gubernatorial Aspirant, Heman Hembe, has said that the prevailing challenges confronting Benue state are surmountable if the right person is allowed to take the mantle of leadership come 2023. Hembe who is throwing his hat in the ring promised to transform Benue State with all the God – given resources and potentials the state is blessed with if given the opportunity to serve as governor.

The member representing Konshisha/ Vandeikya federal constituency in the green chambers of the National Assembly, divulged this at Tse–Agberagba, Konshisha Local government area of the State during a consultatory meeting with Traditional council led by Chief Jam Gbinde and his chiefs of council.

The gubernatorial aspirant, hopefully, he was at the palace to inform them of his governorship ambition and solicits their blessings. He said Benue needs someone who is passionate and has the vision with a clear cut agenda to drive infrastructural development and revamp the socioeconomic fortunes of the people.

While the people are still lamenting that Benue still ranks high in the poverty index level in the country with infrastructural deficit, near absence of industries, among many others attributes, the lawmaker assured that if given the opportunity to run, Benue would be better for it.

Hember therefore seeks for the prayers and royal blessings of the royal fathers to enable him succeed as he will launch his campaign movement next week.

Responding, the Chairman of the Konshisha LGA Traditional Council, Mue Ter, Ter Ikyor 1 Jam Gbinde, welcomed Hembe gave his prayers and blessings, even as he urged him to go ahead saying the ancestors are behind him as he starts his campaign.