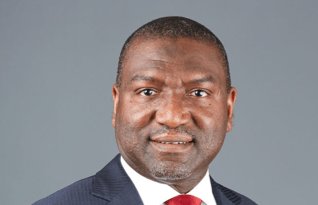 Mr Dangote died in the United States Sunday after a protracted illness.

Sani Dangote, the vice president of the Dangote Group and brother to Aliko Dangote, is dead.

He was better known for his role as the chairman of Dansa Holdings, a subsidiary of the Dangote Group that produces beverages.

He was a member of several Chambers of Commerce, a Fellow of the Chartered Institute of Shipping of Nigeria.