The Need to Incorporate Diaspora Voting in Nigeria’s Electoral System 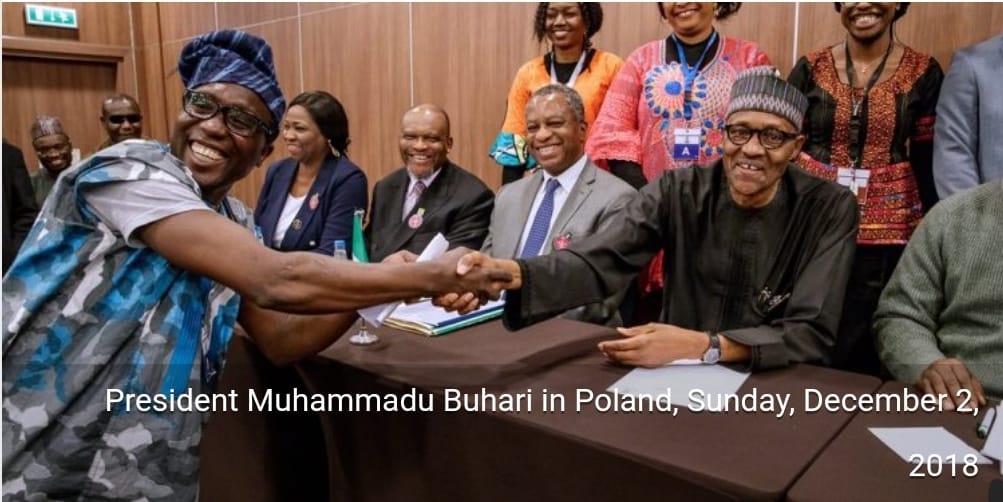 Diaspora overseas or external voting hinges on citizens’ universal right to vote and has become popular among modern democracies all over the world. Over a hundred nations have so far adopted overseas or with varying scopes and restrictions. Currently, Nigerian laws do not provide for the right of Nigerians living overseas to participate in elections unless they present themselves for registration and voting at designated centres in Nigeria. Since 1999, calls have persisted among Nigerians in the diaspora for law reforms to enable them to exercise their universal right to vote during elections. Since then, various administrations in the Nigerian government have yielded to those calls by setting up an independent dedicated body that is saddled with the responsibility of engaging and mobilizing Nigerians living overseas as equal allies in national development. Nigerians in the diaspora, as equal citizens, should be allowed to exercise their right to vote just like their peers.

Modern democracies adopt and introduce diaspora voting into their electoral systems for different reasons that are mainly historical and political. For example, the United Kingdom introduced diaspora voting for its soldiers, as an appreciation for their role during the World Wars and the US introduced it in response to increased demand from US citizens living in the diaspora. In addition, many others adopted it with the hope that it would enhance the political fortunes of the ruling political parties. It has been argued that the collapse of the Soviet Union along with dynamics of globalization and democratization contributed to the new trend towards the enfranchisement of emigrants in elections across Africa and the world at large.

While the debates rage on, diaspora voting has become a globally accepted concept in contemporary democracies that allow citizens overseas to vote in their domestic elections. Presently, about 115 countries across the world have established systems and structures that allow diaspora voting. This number of countries include 28 from Africa, 16 from the Americas, 41 from Europe, 10 from the Pacific, and 20 Asian countries. And yet, Nigeria, the “Giant of Africa” and “Africa’s largest democracy” is far from adopting it, although all of its neighbours, except Cameron, have already adopted diaspora voting. Nigeria and Liberia are the only two countries in West Africa without any legal framework for diaspora voting

According to the Nigerian National Population Commission, in 2019, Nigeria maintained its position as the country with the largest population in Africa, with 198 million people (Nigerians in Diaspora Commission, 2021). And it is projected that over 17 million Nigerians are currently living in various countries across the world while continuing to maintain their links with Nigeria. After its return to democracy in 1999, Nigeria witnessed a new watershed in the government-diaspora relationship, with increased efforts of the government to engage the Nigerian Diaspora. This is also seen within the context of the shifting paradigm in the relations between African Diasporas and their home countries, which witnessed a change from antipathy to embracement and engagement.

It should be noted that among those residing abroad, we can find different citizens having a different view of their home country. While we could find a lot to whom their country of origin does not mean anything anymore, a lot of others still have emotional ties and are interested in its current events. For the most part, Nigerians living in the diaspora, despite their prolonged sojourn outside the country, have continued to maintain their national, ethnic, cultural, and religious link to, and connections with Nigeria, as a state and as a people. These links may result from the sense of patriotism to love of the home state or, biological factors, common ancestry, shared traditions, joint historical experience, and a deep sense of communal solidarity. Other factors involved may be decisions to maintain such links and may include calculations about possible gains and losses resulting from such decisions.

Like their fellow Nigerians at home, they remain interested in what happens in Nigeria. It should be noted that Nigerians in the diaspora do partake in the socio-economic development of Nigeria in many different ways. Their substantial remittances, for instance, $25 billion (6% of the GDP) in 2019, make Nigeria the second-highest in remittance receipts in Africa, and first in sub-Sahara Africa.

Additionally, Nigerians in the diaspora constitute a large chunk of highly educated professionals and skilled labour spread across the world that have the potential to influence different sectors and organizations across the world, thereby using their global exposure to positively impact Nigerian national development.

It is not surprising, that the government has started exploiting the diaspora as one of the real catalysts and assets for the economic development of the country, and is, therefore, committed to engaging them accordingly. Federal government dedicated bodies encourage and sustain productive engagements with the diaspora and respond to their challenges and needs required for unhindered participation in national development.

Policymakers in Nigeria have begun to advocate for the adoption of e-voting as a more effective system for voting in the digital age. E-voting or online voting would look preferable as it makes it easier for citizens all over the world to partake in domestic elections and referenda. Conversely, mail-in voting may be relatively inconvenient because there could be delays in the delivery of mail before the close of election day, thereby disenfranchising otherwise qualified voters or giving rise to a litany of grounds for potential litigations. Other voting channels, such as in-person voting at approved designated centres abroad could sometimes be inconvenient to the voter since they would need to vote at a specific location during a specific period. However, online voting channels raise concerns about security and data breaches (fear of hacker attacks), and anxiety that voters may be unduly influenced by others during the voting process (e.g., ‘family voting’). And lastly, e-voting could be more expensive relative to a limited number of electors.

The National Assembly need to revisit the bill to allow Nigerians in the diaspora also partake in the electoral process during the General Elections. Despite the size and economic power of the Nigerian Diaspora, and several years of struggle for electoral enfranchisement, it is our optimism that advocacy around the diaspora vote will eventually bear fruit. Given the unanimity of agreements among citizens in the diaspora, the politicians, and the INEC of the desirability of granting Nigerians in the diaspora the right to vote, pushing through the necessary constitutional and other legal reforms have not only become necessary but also timely. Not only should the legal framework be established, but should be followed up with a robust structure and system that would thrive with success. Achieving this will not only enfranchise millions of Nigerians in the diaspora, but could also ensure political inclusivity for all Nigerian citizens no matter where they live, improve Nigeria’s image in the international arena, and include Nigeria in the current list of democracies that have adopted some form of diaspora voting.

Share
Facebook
Twitter
Pinterest
WhatsApp
Previous articleThe Derivatives From Fresh Cassava, Its By-Products And Its Uses By Omooba Adekunle Ayoola
Next articleRussia Today has licence to broadcast in UK revoked with immediate effect by Ofcom

The Health Benefits Of Palm Kernel Oil By Expert.