HomeNewsOkorocha remanded in court for assaulting man with cutlass
News

Okorocha remanded in court for assaulting man with cutlass 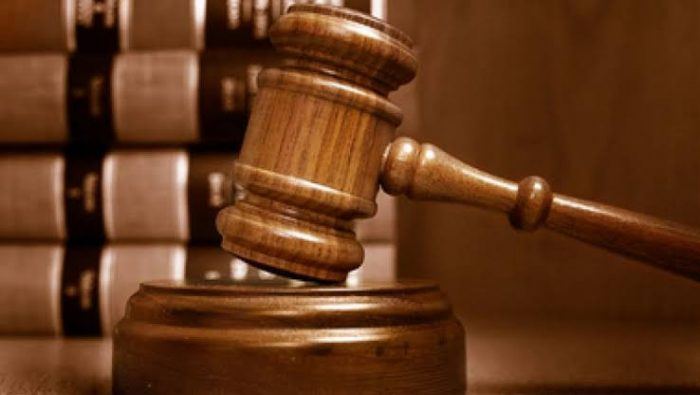 A magistrate court sitting in Ikeja, Lagos State on Tuesday remanded Kingsley Okorocha for allegedly assaulting a man with a cutlass. Okorocha, whose residential address was not given, is facing a three-count charge bordering on assault and attempted murder. The defendant, however, pleaded not guilty to the charge.

The Police Prosecutor, Insp. Kenrich Nomayo alleged that the defendant unlawfully attacked one Rahmon Shokunbi with a cutlass, following an unresolved argument. Nomayo told the court that the defendant committed the offences on Nov. 6 at about 11.00 a.m. at No. 8, Ogunbiyi Street, Oshodi in Ikeja. The prosecutor submitted that the defendant inflicted a deep cut on the complainant’s head.

“The defendant attempted to murder the complainant by using the cutlass to inflict a deep cut on his head,” Nomayo said.

The Magistrate adjourned the case until Jan. 13 for mention.

Magistrate Elizabeth Adeola admitted the defendant to N200,000 bail with two sureties in like sum.

Adeola ordered that the sureties must be gainfully employed and should show evidence of two years’ tax payment to the Lagos State Government as part of the bail conditions.

The prosecutor said the alleged offences violate Sections 171,173 and 230 of the Criminal Laws of Lagos, 2015.