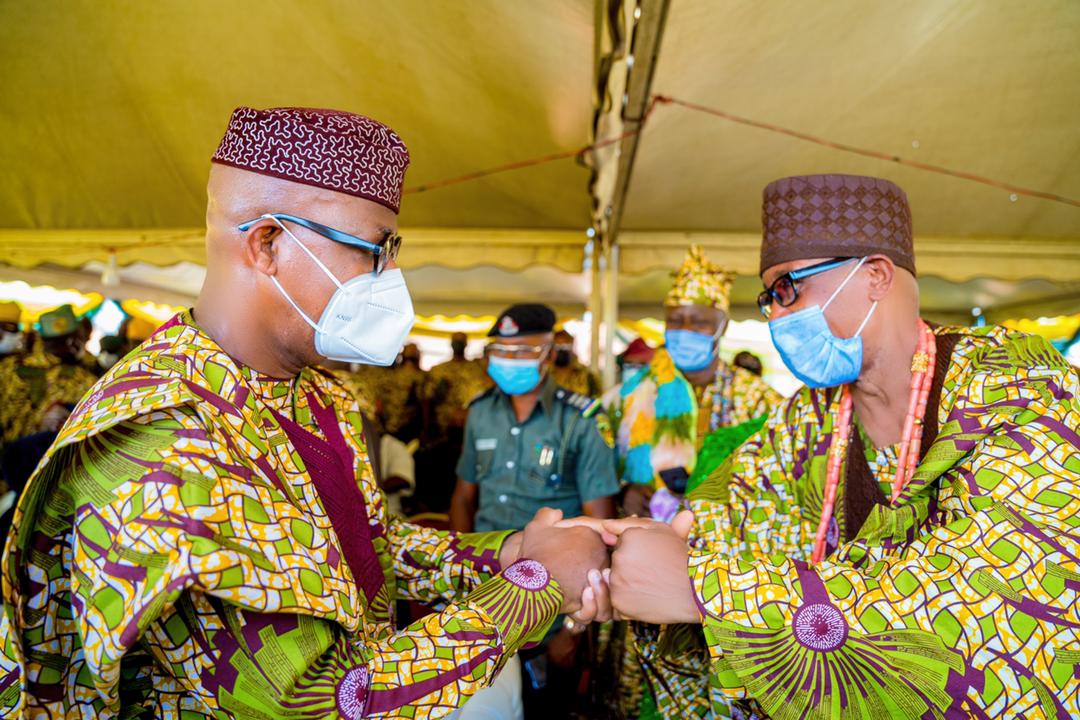 Ogun State Governor Prince Dapo Abiodun has said that construction work would commence on the the Ilisan- Ago-Iwoye road by the first quarter of next year.

Governor Abiodun who stated this at this year’s Akesan Day celebration held at the Iperu Civic Centre, in Ikenne Local Government Area, also stated that the Iperu-Ilisan Road would be dualised to serve the Agro-Cargo Airport in the area.

ALSO READ: Ogun In The Pangs Of Cultists, It’s Not A Task For Government Alone, Adegbenro Adebanjo Says

The Governor noted that as a central point in the State, an Agro processing zone, that would process agricultural produce for export, would be sited in the area, while the Nigerian Airforce has indicated interest to established its operational base at the airport.

While pointing out that the occasion was to celebrate the rich culture of the town, Prince Abiodun said a 100-bed hospital, under the Sustainable Development Goals in the Presidency, a National Automobile Training Centre and an Integrated Farm Centre, would also be based in the area.

The State helmsman who stressed the need for all sons and daughters as well as residents to unite, stressed that the town will experience meaningful developments if the people live and work as a unit.

Commissioner for Culture and Tourism Dr. Toyin Taiwo, posited that the quality the land depends on the quality of its people, while observing that Iperu has both identity and quality which the youths could tap to be useful to themselves and the society.

Chairman of the occasion, Alhaji Rasak Isa, said the town with its rich culture is also blessed with prominent sons and daughters who who are doing great in the society, he called them to join the government in fast tracking the socio-economic development of the town.

The Akarigbo of Remoland Oba Babatunde Ajayi, noted the giant strides going on in various parts of the State and lauded the Governor for keeping to his words not to leave any stone unturned.