HomeNewsOgun In The Pangs Of Cultists, It's Not A Task For Government...
News

Ogun In The Pangs Of Cultists, It’s Not A Task For Government Alone, Adegbenro Adebanjo Says 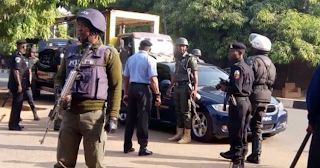 The officer in the picture below SP Ignatius Alimeke, DPO of Adatan Police Station, Abeokuta, Ogun State obeyed the call of duty and raced with his men to the point of altercation between students of two secondary schools in Abeokuta, Egba High School and Asero High school.

However when they got there, they found out that it was a fight between cultists from both secondary schools.

In the ensuing melee, Alimeke was brutally stabbed by the rampaging student cultists.

Now most commentators are blaming the Ogun State Government and the Ministry of Education. Yes the Government is partly responsible but not wholly culpable.

The rise of cultism in primary and secondary schools in Ogun State and other parts of the country is also a failure of parenting and breakdown of the moral fibre of the society.

Religious organizations and non Governmental organizations should do more to dissuade the young ones from threading this Dangerous parts.

When parents accompany their kids to school to fight teachers for punishing them they are telling the kids that violence is right.

When parents hire thugs to beat teachers and give their kids money with which to buy question papers in order to have a foreknowledge of examination, they are preparing them for a life of brigandage