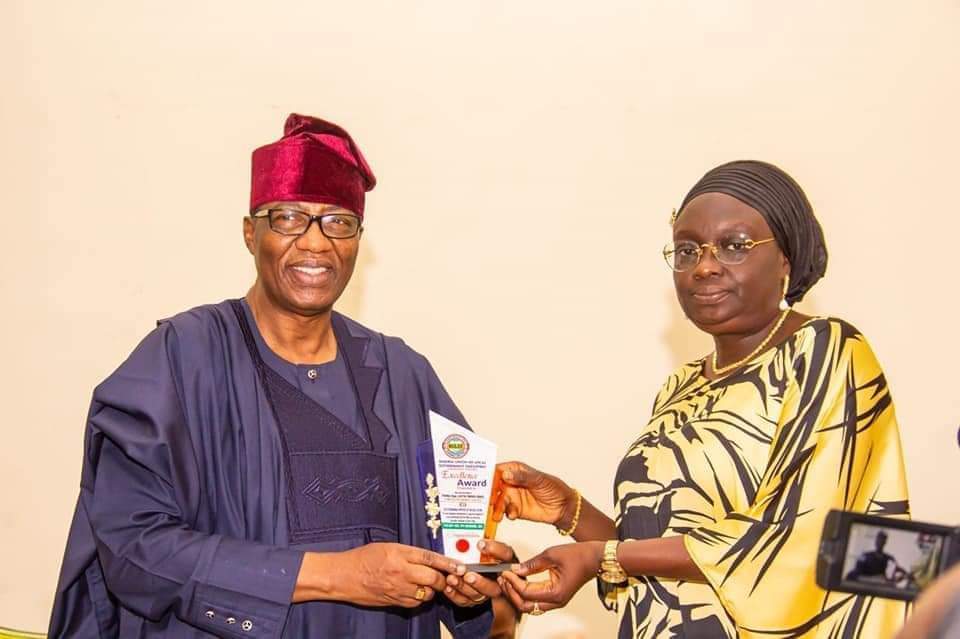 The Nigerian Union of Local Government Employees (NULGE) presents an Award of Excellence to H.E Otunba Gbenga Daniel (OGD), the award was presented to him by H.E Engr. Noimot Salako-Oyedele, the Deputy Governor of Ogun State on Wednesday.

According to the Ogun State Deputy Governor, Engr. Noimot Salako, Indeed, his antecedents will surely speak.

Otunba Gbenga Daniel has been an advocate of youth development and his relevancy and developmental contributions can never be written off in the country.

Upon all his previous achievements, Otunba Daniel has shown his ingenuity by the continued development he sought for the state and his immediate environment along with his allies. A man of his caliber successfully built a multi-billion naira business empire and also redesigned the State as a former Governor.

All these set His Excellency, Otunba Gbenga Daniel apart to merit this award for the immense hard work and state development amongst his peers worthy of recognition. He is also a great man of a rich heritage who has done good for himself and also, achieved uncommon achievements that had given the younger generation a new facelift of leadership.