HomeMetroNFF and sports ministry to decide on Eguavoen's fate after reading his...
Metro 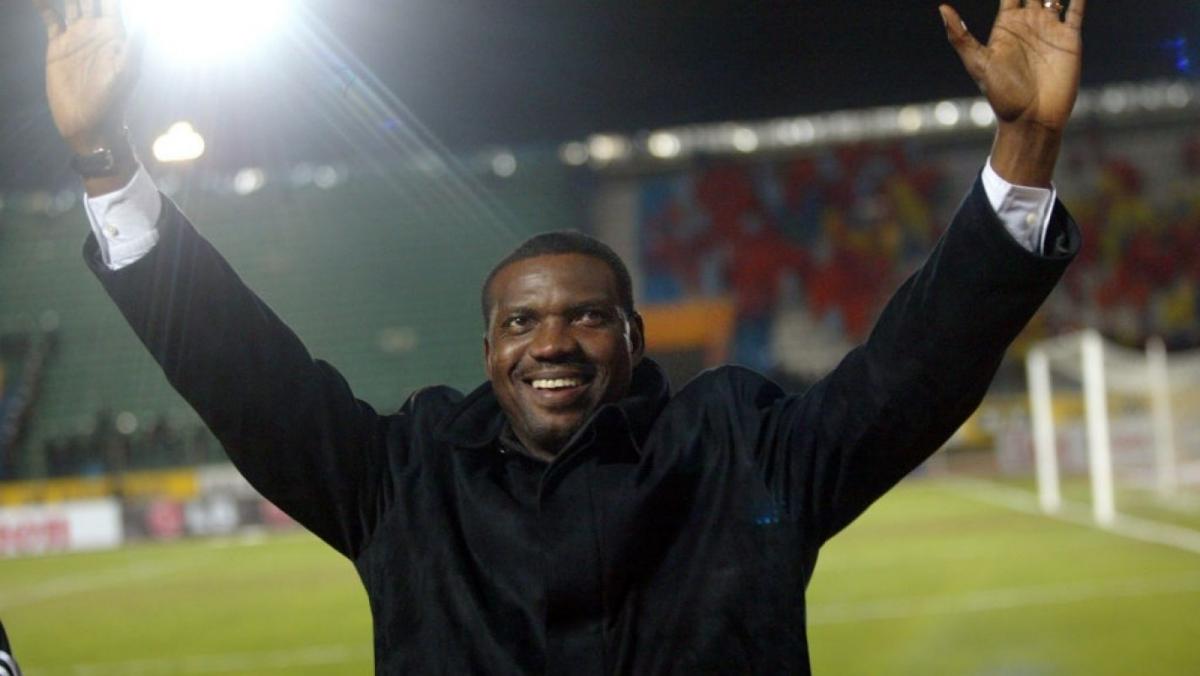 NIGERIAN Football Federation (NFF) officials and their sports ministry colleagues have begun appraising a report on the Super Eagles’ early exit from the African Cup of Nations after which they will decide the fate of interim coach Augustine Eguavoen.

Widely tipped to win the ongoing 33rd African Cup of nations taking place in Cameroon, Nigeria’s Super Eagles were surprisingly dumped out of the competition in the Round of 16 by unfancied Tunisia. With the shock elimination, Mr Eguavoen, the NFF technical adviser who stood in as interim coach just for the tournament, announced that he was standing down and returning to his day job.

Mr Eguavoen was supposed to be immediately replaced by Portuguese coach Jose Peseiro who the NFF appointed in December. However, there are hiccups surrounding the appointment of Mr Peseiro as it appears he and the NFF have not been able to agree on all the terms of his contract, prompting calls for Mr Eguavoen to remain in charge.

Next month, Nigeria faces Ghana in a two legged World Cup play-off and it is still not yet clear who will be in charge of the Eagles for both games. For now, the NFF is yet to make an official pronouncement on the matter as on the one hand they are not happy with Mr Peseiro’s demands but on the other, are weary of leaving Mt Eguavoen in charge and losing to Ghana.

Mr Eguavoen has submitted his report in why the team failed so badly in Cameroon and a joint team of NFF and Federal Ministry of Youth and Sports Development officials will study the document in detail. NFF general secretary Dr Mohammed Sanusi, hinted that it is after the appraisal that the NFF will make its position known.

Dr Sanusi said: “We have received the technical report on the African Cup of Nations 2021 and we are presently studying it, in conjunction with the ministry of youth and sports development. Once the study and appraisal are done with, we will make known our position.”

After the sacking former manager Gernot Rohr, last December, the NFF drafted Mr Eguavoen in to lead the national team to the Africa Cup of Nations in Cameroon but unfortunately did not tie up the deal before Nigeria got eliminated. Before the team’s departure for Cameroon, Mr Peseiro was announced as the substantive Super Eagles coach but it appears a contract had not been signed.

It is not clear for now if a satisfactory technical report will aid Mr Eguavoen’s extended stay as Super Eagles coach or whether the NFF is going to follow through with its earlier desire to hire an expatriate. Hardline indigenous coach advocates want Mr Eguavoen at all costs but NFF officials are wary of how this could mean Nigeria missing out on the World Cup.