HomeNewsFalana To Sanwo-Olu: We Want To See The Dividend Of N45 Billion...
News

Falana To Sanwo-Olu: We Want To See The Dividend Of N45 Billion Monthly IGR …. Says Lagos Is Working For Few Not Everybody 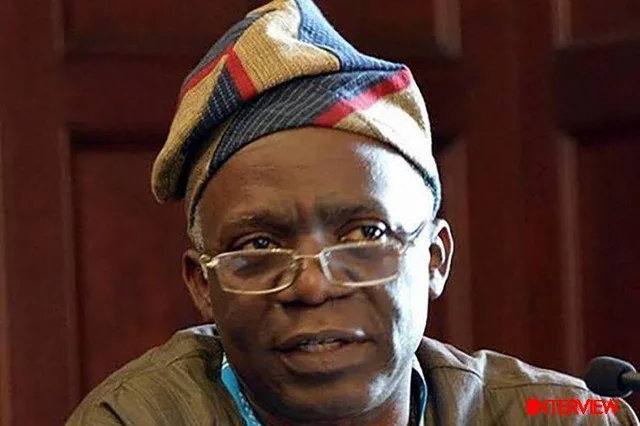 “We want to see the dividend of 45 billion IGR in Lagos state. Lagos is not working for all. It’s working for few”

Lagos lawyer, Mr. Femi Falana, SAN,  has called out the Governor of Lagos state, Mr. Babajide Sanwo-Olu over his claim of N45billion monthly internally generated revenue, adding that the state that prides itself as Centre of Excellence is not working for all.

Speaking as a guest speaker at the first  year anniversary of late publicity secretary of Afenifere, Mr. Yinka Odumakin, in Lagos on Friday,  Falana said the claim that the IGR has moved from N600million in 1999 to N45 billion now does not commensurate with what is on ground.

“Yes, Lagos is the fifth largest economy in Africa, but that’s where it ends. Lagos is not working for everybody, but few.

“Just recently, the governor of lagos state Governor, Mr. Babajide Sanwo-Olu saw two children roaming the streets and decided to give them scholarships. I commend the governor, but I have set up a desk in my office to collate all the out of school children local government by local government after the collation, we’ ll send the list to Lagos Governor for scholarships.

“We want to see the dividend of 45 billion monthly IGR in Lagos state. Lagos is not working for all. It’s working for few people. “There’s was a time Lagos state gave me a bill to pay; taxes and I asked, what I’m paying for? I have generator in my house and office, I have boreholes and I also have my own security that I pay for. These are supposed to be the duty of the state.” Falana Added.

Sanwo-Olu who was represented by his Commissioner of Information and Strategy, Mr Gbenga Omotosho said there’s so much pressure on Lagos because of the influx of the people across the country to the state for succour.

Drawing an example from the recent shooting in the United State of America, that there’s insecurity everywhere,

“Lagos has become the victim of its own success,” he said.

Speaking on restructuring, Falana said a lot have been achieved through the courts .

He, however, maintained that most of the governors are timid and would not want to challenge some of the excesses of the federal government in court.

He said, “The struggle for freedom is not an easy battle. It’s legal and political. Legal; and I think we have reached a dead end now. And political, we must ensure that we get the politics right. Now that Abuja has collapsed, this is the time to move. Akwa Ibom has Ibom Air now that is on the Exclusive Legislative list. Take the action first and allow the Federal Government to sue. Rivers state challenged the federal government in court over Value Added Tax and won. The FG appealed but knowing that they cannot win, they rushed an executive bill to the National Assembly and that has been defeated now.”