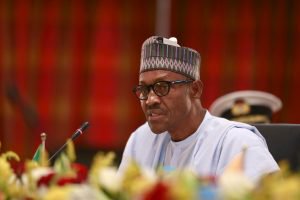 The Centre for Public Accountability (CPA) wishes to call on President Muhammadu Buhari and the National Assembly, to order an immediate probe into the refusal of the Federal Ministry of Agriculture, to pay the retention funds, belonging to contractors, who have undergone one project or the other, for the Ministry, between the year 2018 and 2020.

Our call for the probe of the Agriculture Ministry, is a product of our findings, from workers and stakeholders within the ministry, which exposed how the ministry have resorted into using funds, which were not appropriated for by the National Assembly, to purchase properties among other activities.

This none payment of retention started in 2018. In 2019 , 75 percent of contractors were not paid the main contract sum, talkless of their various retention, as funds originally allocated for this purpose, were spent on projects unbudgeted for. During the said period, the ministry acquired a building worth N7.5bn, a project which was not captured in the 2019 budget and with no record of supplementary appropriation, made by the National Assembly.

We are therefore worried, by the arbitrary manner, in which the leadership of the Federal Ministry of Agriculture, have since 2018, refused to pay innocent Nigerians, who executed contracts for the Ministry, their withheld retention funds. It is worrying, realizing that many of these contractors, executed these jobs, through bank borrowings, thereby putting many of them, under the burden of loan servicing, even when such should have easily been repaid, if the Ministry hasn’t been illegally holding on to the payments, due to this contractors. We strongly believe, that anyone suspected to be responsible for this violation of due process, should face sanctions as appropriate.

We considers the actions of the leadership of the Agriculture Ministry, as a deliberate attempt to undermine President Muhammadu Buhari’s rigorous anti-corruption efforts, and his commitment, towards empowering indigenous companies.

We also wish to express our readiness, to petition the Independent Corrupt Practices and other Related offenses Commission (ICPC) and the Economic and Financial Crimes Commission (EFCC), in order to unravel, the reasons, behind the refusal of the Ministry, to pay retention funds as and when due, and most importantly, the extra-budgetary spendings, that the Ministry of Agriculture, has become known for.

We hereby look forward to President Buhari and the National Assembly, ordering a probe into this act of corruption, without further delay.