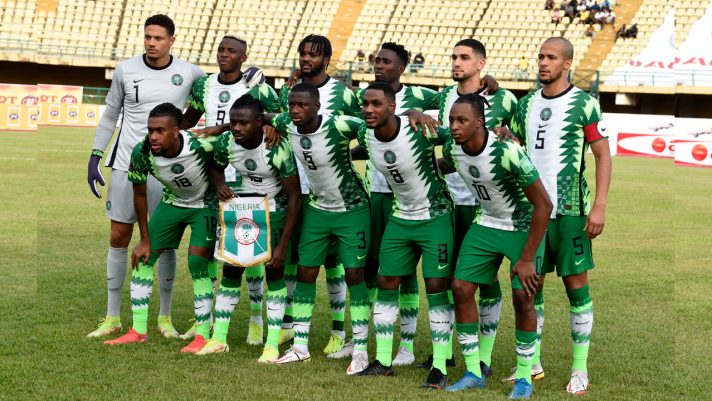 Nigeria names 28-man list for 2022 AFCON Nigeria’s players pose for a photo before the FIFA 2022 Qatar World Cup qualifying football match between Nigeria and Cape verde at the Surulere Teslim Balogun Stadium in Lagos on November 16, 2021.

Nigeria has named a final 28-man list for the 2022 Super Eagles squad for the 2022 Africa Cup of Nations (AFCON) in Cameroon. The list includes Napoli’s Victor Osimhen, Watford’s Emmanuel Dennis, and 26 other players.

Nigeria, three-time AFCON winners, will confront seven-time and record winners Egypt, Sudan and debutants Guinea Bissau at Garoua, and a clash with the Pharaohs in the group opener on Tuesday, 11 January 2022 means the Eagles must hit the ground at a blistering pace.

There is a return to the group for former U17 World Cup-winning captain Kelechi Nwakali, forward Emmanuel Dennis, and 2016 Olympics star Sadiq Umar.

NFF said all invited players are expected to arrive in camp in Nigeria’s federal capital, Abuja on 29th December, with the UK-based players expected to start arriving on Monday, January 3 2022.