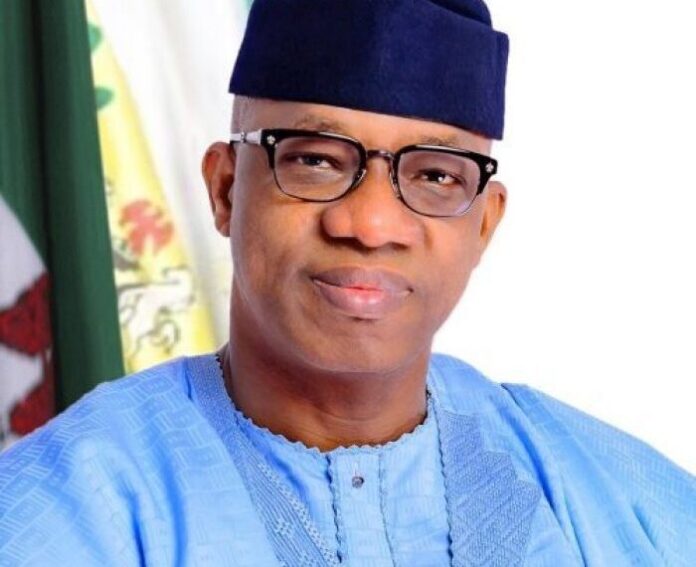 An Ogun State chieftain of the All Progressives Congress (APC) Omooba Adekunle Adebayo Ayoola has said that the conferment of the Industrial Revolution Award on Gov Dapo Abiodun by President Muhammadu Buhari on Friday was another strong indication that the much talked about the excellent performance of the governor was after all not a fluke.

Ayoola, an international trade expert based in Poland, while congratulating Gov Abiodun on this well-deserved award from the office of the Secretary to the Government of the Federation disclosed that the honor only confirmed further that the governor had done so well and therefore deserved another term.

In a statement made available to journalists at Abeokuta on Friday, Ayoola said “we really have to commend Abiodun for his various efforts tailored towards attracting further investments into the state, for a visionary leader, that’s the way to go, industrialization is the way to go because of its obvious benefits

“By doing this, we shall create more employment, create more wealth, take our teeming youths off the street, create more income for the state through taxes, and ultimately the government will have more financial resources to take good care of its citizens.

“It’s on this note that I am lauding Gov Abiodun for providing this excellent and strategic leadership that is making many people in the state, at home and abroad to tell him to continue his good works beyond 2023”.

He added that coincidentally, Gov Abiodun received this award on a day the party launched its manifesto and action plan for a better Nigeria christened “Renewed Hope” ahead of the 2023 presidential election saying that he was confident that the combination of Asiwaju Bola Ahmed Tinubu and his running mate, Sen Kashim Shettima would deliver on many yearnings of Nigerians.

Ayoola said, “with the launching of our party’s policy document which is an action plan for a better Nigeria, I want to say that Tinubu/Shettima presidency will bring with it so much turnaround for the country and of course build on the successes of the APC in the last seven years”.