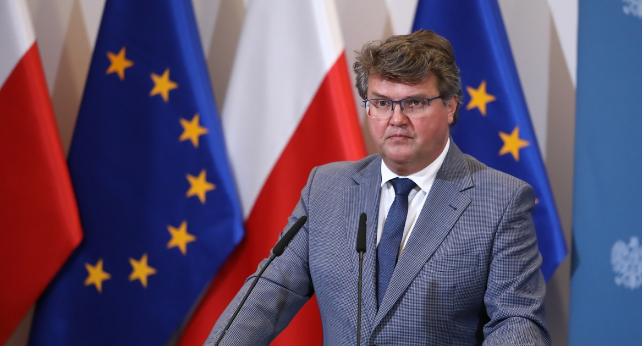 A group of around 200 migrants tried to force their way into Poland from Belarus overnight as the border crisis entered another day, officials announced on Friday.

Poland’s Border Guard agency on Friday reported that late the previous day “some 200 aggressive foreign nationals” attempted to breach the border near the village of Czeremcha in Poland’s eastern Podlaskie province.

Meanwhile, a spokesman for Polish police said that around 80 officers had to move in to prevent an illegal crossing attempt in the Czeremcha area at around 10 p.m. on Thursday.

Earlier on Thursday, a riot broke out at a guarded centre for foreigners in the village of Wędrzyn in Poland’s western Lubuskie province, the state PAP news agency reported.

Some 100 aggressive migrants emerged from the building and began demanding to be released, as they shouted and chanted, smashing windows and tugging at the perimeter fence, officials told reporters.

Yesterday there was a riot in the detention center where foreigners are waiting for a decision on their stay in Poland.

Its equipment and fence were destroyed, windows were broken, officers were attacked, and there was an act of attempted arson. 1/2 https://t.co/ssQQK6JLjL

Deputy Interior Minister Maciej Wąsik told public broadcaster Polish Radio on Friday morning that police and Border Guard personnel had managed to restore order after “a major outbreak of unrest” in which one Polish official was injured and “substantial material damage was inflicted on the facility.”

Wąsik added that “the main culprits” had been detained and would be punished.

He also told Polish Radio that his country was bound by its EU member obligations and by international law to protect its border as well as to take care of those migrants who had entered its territory, or otherwise send them back to their country of origin.

Poland’s Border Guard on Friday said that 217 people had tried to enter illegally from Belarus over the past 24 hours.nce to get out of the trap set by the Belarusian services.

Since September 2, Poland has kept the border zone under a state of emergency amid continuing migrant pressure. It is also set to build a 5.5-metre-high, 180-kilometre-long protective wall along the frontier.

The months-long migrant crisis on the Polish-Belarusian border has escalated in recent weeks, with Poland, the European Union and its member states, as well as NATO and the United States accusing Belarus strongman leader Alexander Lukashenko of orchestrating the standoff in retaliation for Western sanctions against his regime.