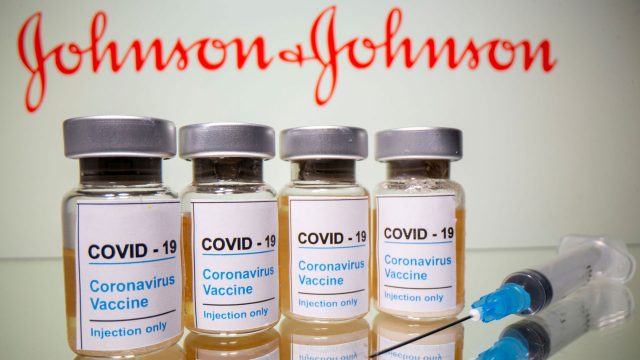 Greece has donated about one million doses of the Johnson and Johnson (J&J) COVID-19 vaccine to Nigeria, as the Federal Government moves to ensure more citizens are vaccinated against the virus.

A delegation from the European nation, led by its Minister of Foreign Affairs, Nikolaos Dendias, announced the donation, yesterday, in Abuja.

Dendias made the announcement during a meeting with the Minister of Foreign Affairs, Geoffrey Onyeama and other Nigerian government officials. He said Nigeria and Greece have enjoyed a favourable bond over the years, adding that his country was willing to broaden the ties.

The Greek minister explained that such an expansion would culminate in the signing of memoranda of understanding (MoUs) on various issues affecting both nations.

Onyeama, on his part, said Nigeria has enjoyed a smooth partnership with Greece in the area of defence. He stated that the current administration was ready to widen relations, especially in the areas of agriculture and infrastructure.

HOWEVER, six more people have died of complications related to COVID-19, with 537 additional cases confirmed. The new infections were reported in seven states and the Federal Capital Territory (FCT).

IN a related development, the United Nations Information Centre (UNIC) has charged stakeholders to work together to tackle the obstacles, injustices and discrimination that persons with disabilities (PLWDs) experience. Promoting inclusion for PLWDs means recognising and protecting their rights, it added.

In his address at an event in Lagos, with the theme, “Leadership and participation of persons with disabilities towards an inclusive, accessible and sustainable post-COVID- 19 world,” UNIC Director, Ronald Kayanja, said as the world recovers from the various variants of the virus, “we must ensure that the aspirations and rights of persons with disabilities are accommodated in the new era.”

He acknowledged that the pandemic had affected communities and societies besides deepening existing inequalities. Provost, Lagos State College of Health Technology, Dr. Moyo Kasim, said his organisation has consistently supported physically students with facilities, as well as ensuring compulsory learning of sign languages to integrate them into the society.

According to him, the school ensures PLWDs get best services and treatment.

“We know these rights touch on every aspect of life: the right to go to school, to live in one’s community, to access healthcare, to start a family, to engage in political participation, to be able to play sport, to travel and to have decent work and businesses,” he added.

She observed that most of the senior citizens are more likely to live in poverty and experience higher rates of violence, neglect and abuse, regretting that when crises such as COVID-19 grip communities, people with poor health and old persons with disabilities are among the worst hit.

In her remarks, Chief Executive Officer, Celebral Palsy Centre, Nonye Nweke, who spoke on “Person First: The Children with – disability etiquette awareness and sensitivity,” stressed that cerebral palsy persons should be appreciated first as human beings, because they are most affected. According to her, most of them are less cared for, and sometimes, abused emotionally and physically, since they cannot express themselves, apart from facing a high level of discrimination.

Also speaking, Coordinator, Media Action for persons living with disabilities and inclusion (MAP -D1), Danmanplus Otti, advised Nigerians to avail the media with accurate data and statistics of PLWDs to push their course in policy-making, planning and governance.

In her speech, Nigerian Info FM host, Wemimo Adewumi, harped on use of media platforms to leverage opportunities for leadership and participation of PLWDs in activities relating to nation building.