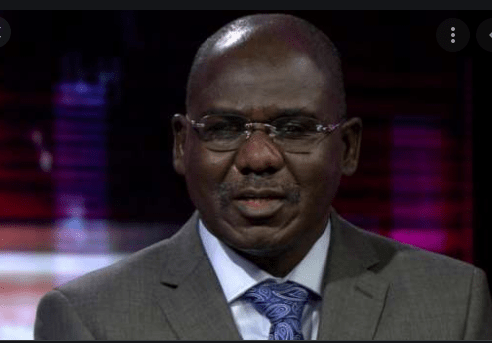 The Coalition of Civil Society Group Against Terrorism in Nigeria (CCSGATN) has described Nigerian Ambassador to Republic of Benin and former Chief of Army Staff, General Tukur Buratai as a patriotic Nigerian and an elder statesmen per excellence.

The group in a congratulating message to Buratai on his 61st birthday celebration said the former Chief of Army Staff is a living testimony of excellence, selfless service and genuine goodwill to all men irrespective of religion, race or creed.

CCSGATN in a statement signed by the Convener of the group, Odeyemi Oladimeji, said the nation owes Buratai an immeasurable debt of gratitude for his vision, vigour and courage with which he pursued the struggle for the sustenance of the country’s sovereignty.

“Your excellent spirit of tolerance and forbearance are attributes which our fellow countrymen must imbibe to make a success of the supreme task of nation building, national integration and development. As a human being, you have continued to spread light and joy where ever you went.

“As a military strategist and a former chief of army staff, Nigerian Army, you guaranteed a safer Nigeria, you defeated terrorism and protected our sovereign integrity. As an intellectual of high repute and prolific writer, you have demonstrated a refreshing sense of originality, lucidity and thoroughness to the admiration of all.

“As a foremost crusader, you are committed to restoring the dignity of man through the eradication of ignorance. Your commitment and contribution to sports and education remains an enduring legacy to posterity,” it said.

The group said Buratai has continued to touch humanity with his large heart and humane deposition. It stated that the former chief of army staff has contributed greatly to the development of peace and unity of the country and humanity at large.

“You have successfully been building bridges of trust and confidence across the nation and in the continent. The occasion of your milestone birthday anniversary is a special time to express our sincere appreciation of our association with you as our mentor and benefactor.