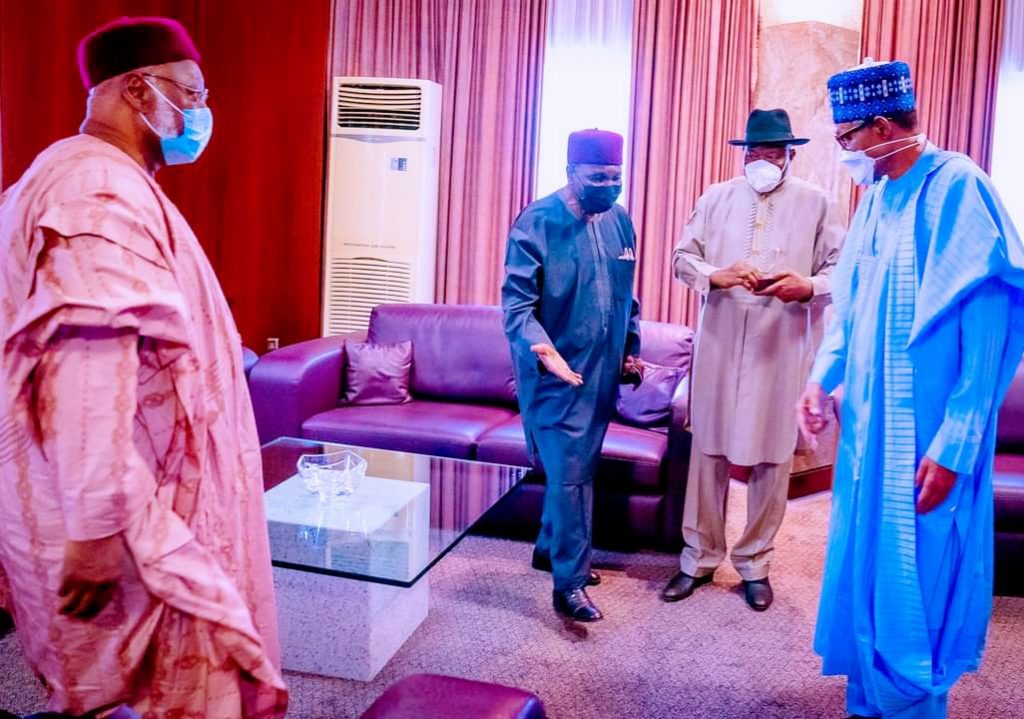 The President presided over the Council of State Meeting at the Aso Villa in Abuja.

In attendance were ex-Heads of State, Yakubu Gowon and Abdulsalami Abubakar as well as former President Goodluck Jonathan.

The meeting discussed issues of national interest including the state of the economy, insecurity and government efforts.

Meanwhile, the Senate has received the Money Laundering Bill and Terrorism Prevention Bill.

Buhari said the request for the passage was in pursuant to the provisions of Section 58(2) of the 1999 Constitution as amended.

He complained of the deficiencies in Nigeria’s Anti-Money Laundering/Combating the Financing of Terrorism regime (AML/CFT).

Buhari warned that the non-passage of the bills may lead to the blacklisting of Nigeria by the Financial Action Task Force (FATF).