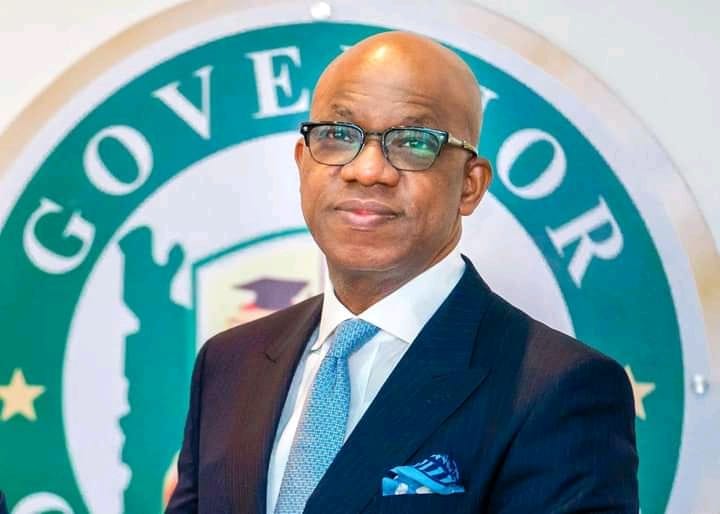 Laments state’s loss of $16b Dangote refinery to Lagos

The Ogun State Governor, Prince Dapo Abiodun says his administration is working towards ensuring that the state takes advantage of its oil rich deposit and becomes an oil producing state.

Abiodun gave this position during the Convocation Lecture he delivered at the 2nd and 3rd convocation ceremony of the Mountain Top University with the topic, “Quest for Excellence: The Nexus of Faith, Knowledge and Resilience”.

The governor expressed disappointment that Ogun lost a $16b Dangote refinery to Lagos after a break in discussion between the immediate past administration and Dangote.

He, however, expressed optimism that the state will become oil producing, saying “we are working assiduously on that, so, I accept this challenge, we will further strengthen our resolve to ensure that we bring Ogun State to oil producing status in the very near future”.

Abiodun, while also noting that he had the privilege to work as the chairman of the Olokola Free Trade Zone that was meant to have the refinery cited in the state, added that the project was not just conceived with the aim of refining petroleum products only, but to take advantage of the mining lease that as been awarded around the corridor.

“I worked as chairman of Olokola Free Trade Zone that was meant to have the Dangote refinery cited in Ogun Waterside, however, discussion broke down between Dangote and the then administration which led to the loss of that project to Lagos state; a sixteen billion dollars was lost to another state.

“That project was conceived with the aim of not just refining petroleum in Ogun, but also take advantage of the mining lease that had been awarded around that corridor that has even not begun to be exploited,” he said.

The governor affirmed that the state has very rich oil reserves in Tongeji Island, adding that “Ogun state is situated in the Dahomey Basin, which stands for the Niger Delta that goes all the way to Ghana”.

“Everyone of the states in that corridor are oil producing today, even Ondo and Lagos states”, Abiodun submitted.